The News: CHARLOTTE, N.C., October 22, 2021 — Honeywell (NASDAQ: HON) recently announced another set of stellar results for the third quarter that were driven by sales and increasing margin growth in all four segments the business reports. The company also raised its full-year sales, segment margin, adjusted earnings per share, and cash flow guidance despite tough headwinds from supply shortages and labor market impacts. For the full Q3 numbers read the press release here.

Analyst Take: As a technology analyst and research firm, we have been keenly watching Honeywell’s evolution as the business pivots from a traditional industrial supplier to increasingly a provider of innovative solutions across a broad landscape of industrial uses cases. We have also been tracking closely what the company is doing in the Quantum Computing space as they are truly one of the leading players in this nascent market.

The Q3 numbers published recently represent yet another solid performance from the company led by growth and margin expansion in all four key business segments, including Aerospace, Building Technology, Productivity & Safety, and Performance Materials. The company raised guidance and executed strongly despite broader macro headwinds from materials shortages and labor force constraints. In my analysis of the Q3 numbers, I will primarily focus on the technology efforts the company is making and Honeywell’s pivot towards becoming recognized for software, analytics, and Quantum computing.

Earlier in the quarter, I had the chance alongside fellow analyst Patrick Moorhead to sit down with Honeywell Chairman and CEO, Darius Adamczyk to talk about the company’s transition to technology. After spending some time and hearing Darius discuss his vision for the company, it was easy to see its continued focus on its legacy and core business areas. However, it has made substantial investments in utilizing data, software, analytics, and other breakthrough innovations internally and through its product innovation to drive Honeywell’s next wave of growth. Moreover, the company is at an inflection point where it seeks to pivot from its legacy as an industrial name to a rising technology player seeking to wield the same influence over industry-specific technology as a Microsoft or SAP wields within the IT and Finance departments.

The evidence of this shifting focus can be seen and felt across the business, including technologies for building management via a newly announced partnership with SAP. SPS is aggressively layering software into its plans to support the growing trend of humans in the loop and out-of-the-loop technologies in manufacturing and warehousing facilities. We know automation and robotics are the future, and I assess that Honeywell understands the critical nature of participating meaningfully in this opportunity.

It is also important to monitor its growing focus on ESG efforts, noting that half of its investment in innovation and research now leans toward environmental and social governance efforts. These types of investments are prudent for company’s looking to build positive sentiment from the market. It has also become table stakes among “Tech” for companies to lead in this area. As an industrial straddling the tech industry, outsiders will immediately pay attention to this, and Honeywell is checking the right boxes so far.

Tech Could Be an Even Larger Focal Point

During this earnings period, the company didn’t comment heavily on its significant-tech investment in areas like its Forge Software (SaaS for Industrial IoT) and Honeywell Quantum. What I did catch in the earnings commentary was the double-digit percentage growth in several tech-related categories, including Forge orders in 2021, as well as Sparta Systems Healthcare Software, seeing double-digit customer growth. Last quarter the company mentioned double-digit percentage growth in software overall. I see all of these as small but meaningful, which signals progress in the company’s technology-led transition.

One notable technology event this quarter was the decision to create a new joint venture with Cambridge Quantum Computing (CQC). Honeywell’s quantum business (HQS) will effectively merge with CQC to create a new venture that will be 55% Honeywell-owned. I saw this as a positive, getting the quantum business out from under the big Honeywell umbrella and making it a greater focal point. The likely outcome will be a new public company, but there are many undisclosed details at this point.

During the quarter, the company also launched a new digital presence around its Forge Software Solutions that can be found here. This, and its broadcast investments that are featured on CNBC and other business outlets continue to paint the picture of a data driven company building technology solutions for its core industrial customers. I like these signs, but want to see more. 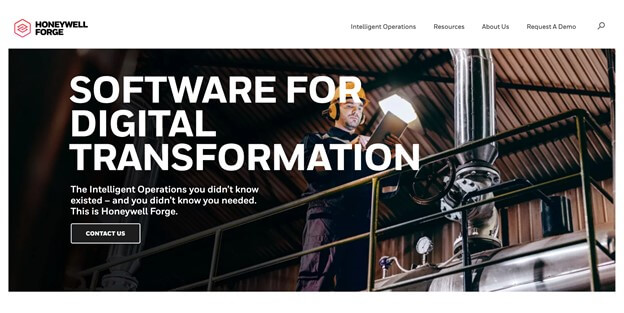 I maintain my sentiment from last quarter’s results that an area for continued monitoring will be how Honeywell is currently reporting and speaking to its tech investments and business growth. Double digits, as mentioned, provide an encouraging figure. Still, without much information in terms of the specifics of the revenue and adoption, it leaves a lot of some question marks. It warrants greater exploration or data to validate the momentum truly.

Much like cloud growth from certain companies mentioned but lacking specific context, it leaves a certain amount of room for skepticism. I’m interested in gathering more detailed data on its revenue and growth in its software endeavors. However, I expect we could be a year or more away from any granular disclosures.

Overall, Q2 was a solid result by traditional standards, and for typical industrial analysts, there is a lot to like. At Futurum Research, we are primarily paying attention to the company’s technology transition, and I am encouraged by what I see. I stand by my assessment that Honeywell is a business in transition, and it deserves a certain amount of credit for its tech endeavors. Software certainly adds revenue across the segments but is more of an additive layer to serve its industrial base than a product in itself. This approach is likely intentional but will be an important point of consideration as the company seeks to be treated and valued as a technology firm.