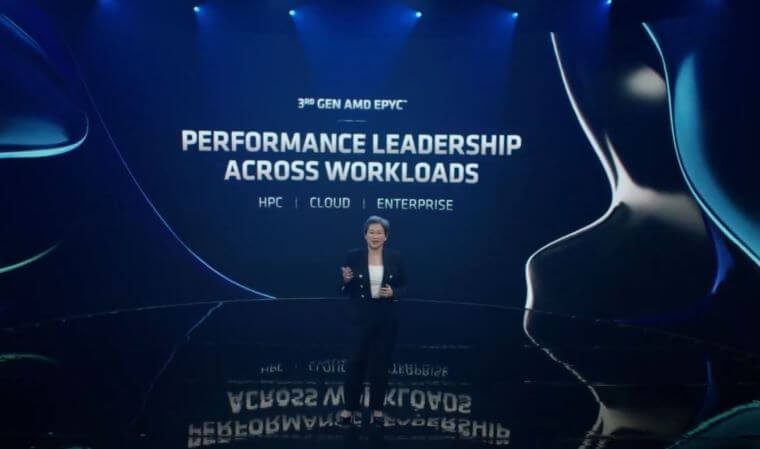 Analyst Take: AMD leader Lisa Su shrewdly used her Keynote to get both the COMPUTEX event and AMD’s message off to a laudable running start by highlighting the breakthroughs AMD has attained in 3D chiplet technology. This is especially salient as Moore’s Law starts winding down as the leading measure for progress in the semiconductor realm. As we are seeing, the number of transistors on a microchip doubles about every two years, though the cost of computers is halved and thus, Moore’s Law is reaching its expiration point since engineers are unable to develop chips with smaller and more numerous transistors at the sub-1nm atomic level.

As such, I anticipate that the semiconductor industry will adopt a new set of metrics, especially related to 3D chiplet design in order to better understand and measure semiconductor innovation and advances. I anticipate that the industry will coalesce around blending a monolithic post-Moore’s Law approach that prioritizes the traditional reduction in transistor feature size in combination with operating voltages while increasing transistor performance.

In addition, the industry will increasingly use system scaling metrics that incorporate new types of heterogenous processors (i.e., 3D) through advances in chiplets, packaging, and high-bandwidth chip-to-chip interconnect technologies. The AMD COMPUTEX announcements are clearly favoring the system scaling approach.

I believe AMD succeeded in standing out by uniquely demonstrating application of the 3D chiplet technology at the event through showcasing a 3D vertical cache bonded in an AMD Ryzen 5000 Series processor prototype that is designed to deliver performance gains across a wide array of applications. AMD is set to begin production on high-end computing products with 3D chiplets by the end of 2021.

Taken together, I see these portfolio moves as strengthening AMD’s ability to meet emerging customer demands while taking into account constraints on silicon supply chains that are likely to endure through 2022. Now AMD needs to deliver on its objective to deliver 3D chiplets by the end of the year to demonstrate that the company is meeting delivery goals even during an ongoing global supply chain crisis.

I expect that the Tesla and Samsung wins will further boost AMD’s overall channel credibility, particularly in pursuing new business across the automotive and mobile device market segments. Overall AMD’s new portfolio-wide solutions and enhancements, targeting mobile graphics & gaming, desktop, and data center server applications, provide it the competitive edifice to compel key rivals, such as Intel and NVIDIA, to adopt specific portfolio development and marketing tactics to counter AMD’s new moves. Otherwise, AMD is validating its portfolio-wide competitive prowess and edge through the rest of 2021 and beyond.