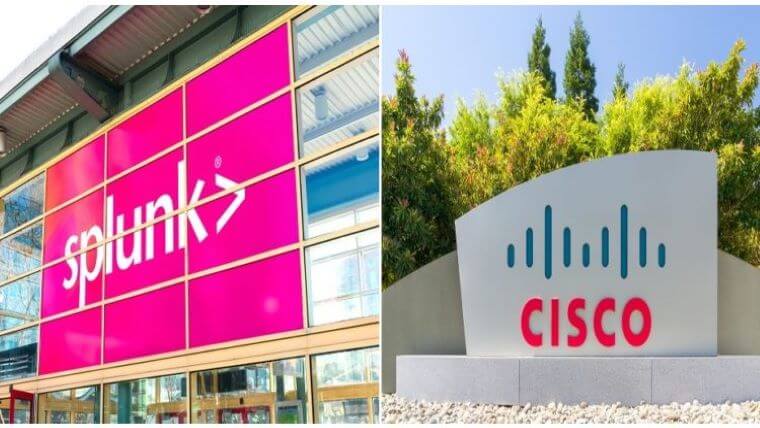 The News: Cisco has reportedly made an acquisition offer to Splunk for a rumored $20 billion. Neither company has commented on the situation. It’s also reported that the talks are not happening currently. The news of the potential deal broke on Friday and after hours trading over the weekend caused Splunk’s stock to rise. Read the full story from CNBC.

Analyst Take: Over the past few months I have had my eye on Splunk as an acquisition target and Cisco as the most likely suitor. So when this alleged deal hit the WSJ, it didn’t surprise me one bit. I love this deal for Cisco, and I do see how this could be good for Splunk as well, depending on the final terms if an agreement was to be hammered out.

This deal, while in its current state is apparently not going forward, would be a statement acquisition by Cisco. With the initial offer rejected, that doesn’t take away the merit of the deal for the company. As mentioned, I see this as a strong fit for Cisco, which is why the onus is on it to come back to the table. As I see it, Splunk’s presence in the security and observability space would be an incredibly attractive addition to Cisco’s existing solutions, while adding a substantial cloud and recurring revenue-based business to the company’s top line.

Cisco’s growth has been harder to come by as the company has made a number of key pivots to the cloud, software, and other higher-margin offerings including its popular Webex solutions as well as AppDynamics among others. The communications giant has a rich history of acquisitions, making over 230 throughout the life of the company. But none have been as big as this potential deal for Splunk.

Good Move for All Involved

As of the close of the market on Monday, Splunk’s share price is up 9% for the day. The slight growth is promising as the share price has been pulled back significantly over the last few months as the company has dealt with the macroeconomic pressures like interest rates and inflation that have been impacting most high-tech stocks.

Having said that, Splunk has seen significant growth overall. The company has been pivoting to a recurring revenue model by shifting from traditional software licenses to cloud-based subscriptions while also steadily growing the customer base. This growth and its corner on a key market segment continue to make Splunk an attractive acquisition for Cisco.

Whether or not this deal goes through, I think it will have a positive impact on Splunk’s future. The company is continuing to search for the right successor CEO to fill the shoes left by Doug Merritt. I also have no doubt the company will continue its positive growth trend over the next few quarters and will keep the shareholders happy, no matter the outcome of this situation.