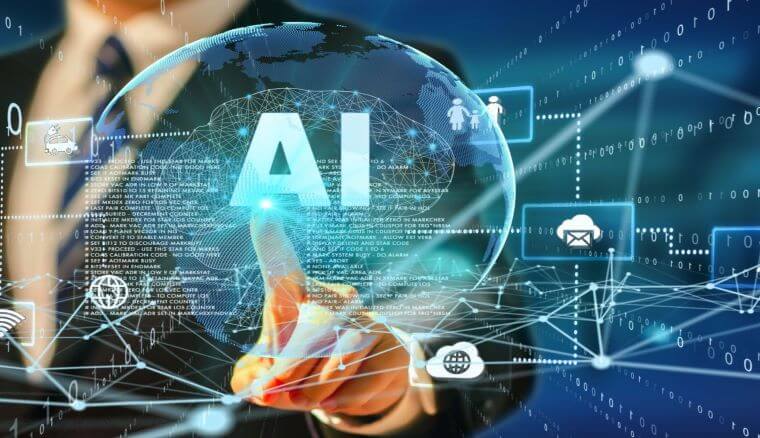 The News: Shares of C3.ai Inc. were gaining in Thursday trading after the maker of artificial-intelligence software reported better-than-expected revenue and earnings results, while raising its outlook for the full fiscal year. 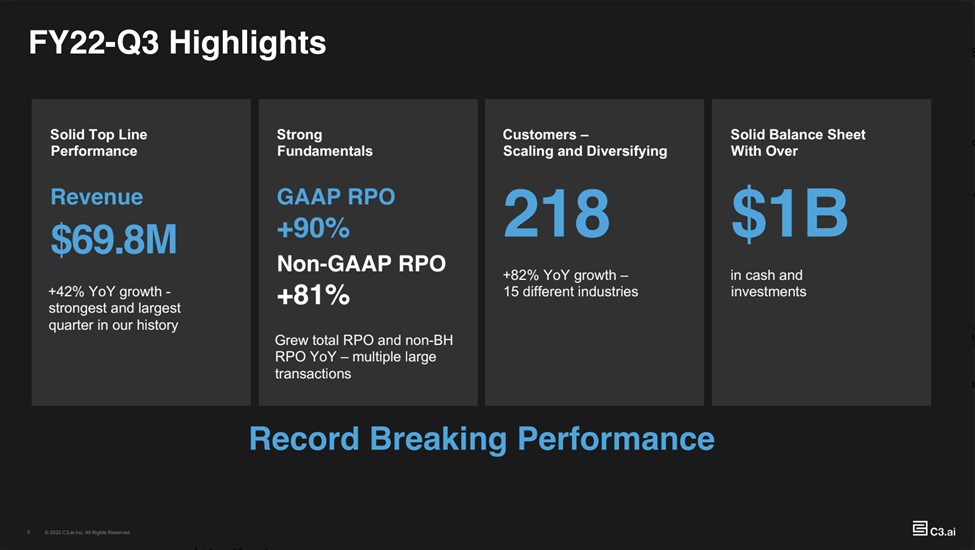 Analyst Take: The market is anything but friendly right now for growth and innovation, but that doesn’t take away from what was one of C3 AI’s most successful quarters to date.

What caught my attention was the strong customer growth and continued revenue diversity, which are notable given the high revenue per sale average that has C3’s sizable revenue on a relatively small customer count.

Now at 218 customers, an 82% increase from 12 months ago, the company is seeing its enterprise AI services gain strength in many legacy data intensive industries such as Utilities, Industrial, and Financial Services. Without question, the company is attractive to those older industries with high volumes of unstructured data. However, highly regulated industries like Financial Services and Federal are becoming an increasingly significant opportunity for C3.

By the numbers: Good diversity in Q3 deals signed across sectors:

Deal Size Continues to Be Large, But Should Grow Further

The company also shared some insightful data on deal size. As mentioned, with a relatively small customer total based upon its overall revenue. C3 AI has broken out its deal size to show it is winning a mix of smaller and larger deals. Impressively, the company saw 3 deals close north of $10 million. As data volumes increase, and processing power becomes more and more capable to handle the data, this will be an opportunity for C3 AI to drive significant net revenue expansion. This is notable as I like to call it a sticky factor. Companies that are adopting C3 AI now will likely continue to spend more with the company as the volume of “Things” and data will grow significantly and increase the interdependence of its clients on the company’s modeling and analytics.

By the numbers: Expanding range of deal sizes into smaller segments:

Partnerships in Focus: Hyperscalers Chip In to C3 AI Growth

One strategic move that C3 AI has made that I’ve been positive on has been its extensive partnerships with the hyperscalers including AWS, Azure, and Google.

Given each Public Cloud providers’ significant sales footprint, co-selling is a sure benefit for C3 AI and it is starting to pay off. A few notable results include:

While the Microsoft partnership is showing the most ROI to date. I like that the company is hitching its wagon to the rapid growth of public cloud and of course the incredible growth engines that they provide through their sales organizations. I will continue to watch for these partnerships to pay off as I expect C3 AI to continue to layout the return on these partnerships. 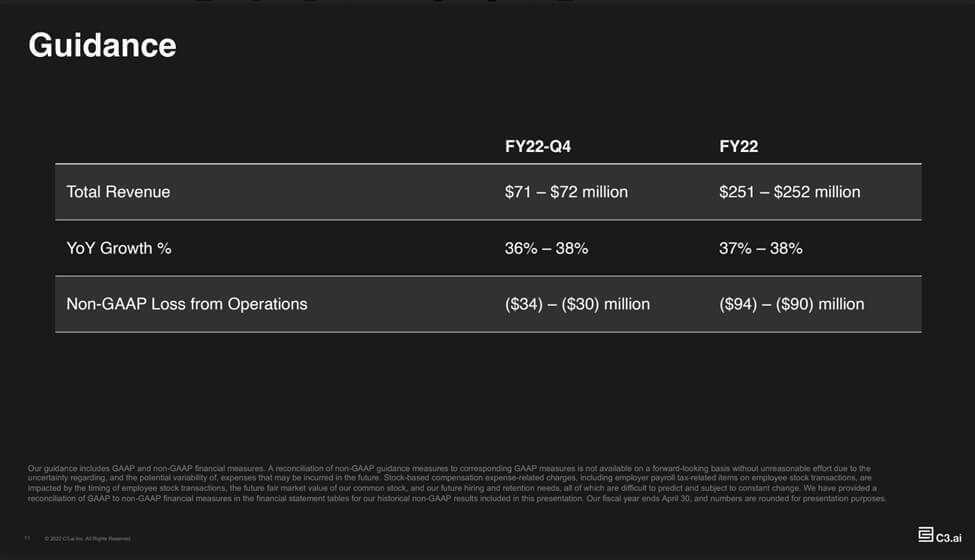 The demand for next generation analytics isn’t going to subside and the future appears promising for C3 AI as its guidance of 37-38% top line revenue growth should be seen as encouraging for the company longer term.

Profit still isn’t part of the company’s plan, and the street will likely not be overly excited about that, but the strong growth and high quality customer base provide a catalyst for a turn to profitability when the company hits critical mass in terms of revenue–which is clearly CEO Tom Siebel’s vision as he seeks to build something that can capitalize on the long term demand for off the shelf analytics and enterprise AI capabilities.

Stuck in the vortex that hates growth right now, C3 AI will likely be fighting to get the respect it deserves for the impressive quarter it just had. However, that doesn’t mean it wasn’t a good result.

I do believe large complex enterprises want to be able to implement AI into their businesses to solve challenging problems and C3 AI is doing this in industries that have massive amounts of data and often well understood problems like anti-fraud in financial services, or impact of weather and environment on Oil and Gas.

I was pleasantly surprised by the strong quarter based upon a number or headwinds for growth, and I think the future for C3 AI is going to benefit from its longer term horizon, which isn’t always popular with markets, but tends to be critical for growing a business that is essentially breaking through and building a new category.