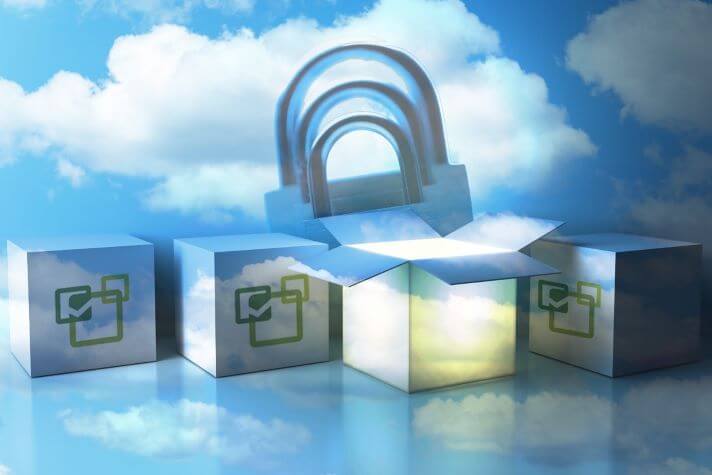 Multicloud computing has become the hottest theme in enterprise networking this year. As noted in this recent Mesosphere survey, multicloud adoption is doubling year over year and more enterprises are moving their workloads—many of them containerized microservices—to large-scale production multiclouds.

Multicloud isn’t necessarily tied to the concept of a “single pane of glass” to monitor and control it all. Instead, multicloud refers to the need for enterprises to avoid lock-in to a single cloud provider, to store and process data in two or more cloud platforms when necessary, and to flexibly shift workloads among them when doing so is more cost-effective and performs better.

As the year wears on, the centripetal forces that have been pulling workloads toward AWS, Microsoft Azure, Google Cloud Platform, and other public clouds have been waning as enterprises shy away from committing entirely to these monolithic cloud services platforms. When enterprises consider the multicloud option, they may focus on using several specialized public clouds in lieu of or in conjunction with on-premises and private clouds to run various computing and storage workloads better, faster, and more cost-effectively than is possible with any one of the diversified public clouds.

This shift toward selective per-cloud workload deployment practice is encouraged by enterprise evolution toward microservices architectures, especially those involving Docker, Kubernetes, and other cloud-native platforms. Cloud-native microservices architectures facilitate the splitting and deployment of diverse workloads across specialized clouds. For workloads that aren’t performance-sensitive and don’t involve a continuous, high-volume flow of messages and data, it might make perfect sense for enterprise IT to run the associated microservices on disparate clouds, especially when each cloud has been optimized for specific compute and storage workloads.

Benefiting from this shift in enterprise cloud strategies, a growing number of boutique public clouds are now competing against the majors to run specific microservices workloads under various deployment scenarios. Most boutique clouds offer commodity IaaS, competing in performance, price, versatility, functionality, and usability. Some also offer Kubernetes, virtualized microservices, and other PaaS capabilities. Some offer private and hybrid cloud deployments, plus the global presence and high-performance data centers needed to support many enterprise cloud-computing workloads.

Over time, it will become easier for enterprises to peel workloads off their existing public cloud deployments and move them as microservices to boutique clouds and elsewhere within complex cloud-to-edge service meshes.

Recent bellwethers of this trend were the announcements Microsoft made at its Ignite 2019 conference. Most notably, Microsoft took a bold step into supporting multicloud redeployment of microservices that were initially built to run in its Azure public cloud. No doubt, it has been hearing these requirements from the growing legions of enterprise customers who are wary of locking in their cloud-native apps entirely to Azure.

The announcement of Azure Arc propels Microsoft directly to the forefront of the emerging enterprise multicloud. Currently in preview, the new Azure Arc supports cloud-to-edge reach for Azure services, starting with Kubernetes and Azure SQL Analytics, without sacrificing unified management, governance, security, compliance, auditing, and control of these services wherever they live.

Once it’s in production, Arc will allow customers to leverage their investment in Azure microservices by cherry-picking which of these workloads to deploy to third-party public clouds, or to heterogeneous Kubernetes clusters on-premises and in the cloud, or even to diverse edge devices, such as those running its new Azure Stack Edge, a cloud-managed hardware-as-a-service offering. Just as important, enterprise cloud professionals will be able to monitor, manage, and secure these microservices workloads wherever they’re deployed, using Azure Resource Manager, Azure Portal, Azure Policy, and other existing tools.

Of course, Microsoft is far from the only diversified cloud provider offering these multicloud management capabilities, having been beaten to market by the likes of IBM Services for Multicloud Management, Google Cloud Anthos, and Cisco Systems’ CloudCenter Suite. As these and equivalent multicloud management tools become widely adopted, they will enable centralized discovery, mapping, monitoring, security, diagnostics, and troubleshooting of cloud microservices workloads wherever they land. To support frictionless microservices movement between clouds, devops professionals will need to rely on source-control repositories such as Bitbucket, CloudForge, GitHub, GitLab, and SourceForge that span heterogenous containerization and virtualization environments. In addition, high-powered data catalogs from the likes of Alation, Cloudera, Collibra, IBM, Informatica, and others will accelerate intelligent query and visualization of the data and metadata resources that are deployed to other domains within unified multicloud fabrics.

Under most likely scenarios, cloud workloads will continue to peel off from the major providers and take root in boutique, edge, mesh, on-premises, and other alternative cloud computing environments. Whether this trend ultimately lessens the market clout of AWS, Microsoft Azure, and other leading public cloud providers remains to be seen.

What’s sure is that each provider will focus on helping customers centrally monitor, manage, and secure all of their containerized, virtualized, and other cloud workloads, no matter where they end up in tomorrow’s increasingly complex multicloud landscape.

The original version of this article was first published on InfoWorld.