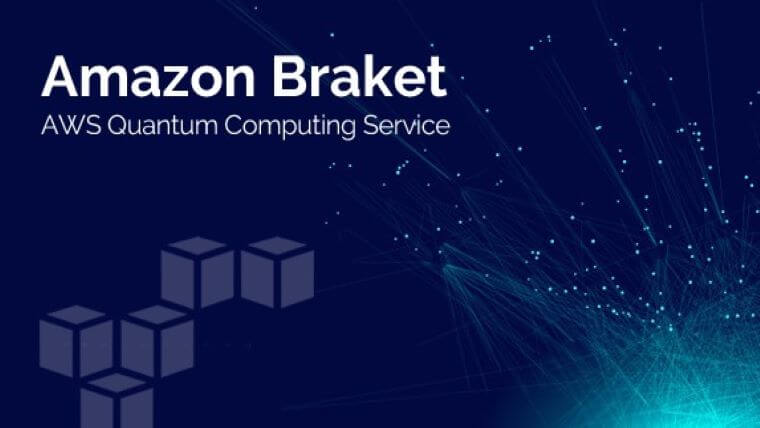 Analyst Take: Amazon Braket was announced eight months ago at Amazon’s Re:Ignite event. Braket is a fully-managed AWS service that Amazon markets as a service that will spur innovation across the entire quantum community, allowing developers, researchers, and scientists to experiment with computers from quantum hardware providers. Amazon Braket can be used to test and troubleshoot quantum algorithms on simulated quantum computers running on computing resources in AWS to help them verify their implementation. Customers can also use Amazon Braket to run their quantum algorithms on their choice of quantum processors based on different technologies, including systems from D-Wave, IonQ, and Rigetti.

Quick start: You can get started quickly, using a single environment to build, test, and run quantum algorithms without having to set up infrastructure.

Experimentation: Amazon Bracket’s cross platform dev tools make it easy to experiment without having to learn different development environments. They’ve made the process of finding the quantum tech that’s the best fit for you as easy as possible.

Help! Amazon’s Quantum Solutions Lab connects users with experts from both AWS and AWS partners, providing help when you need it.

Hybrid/Classical: Amazon Braket allows you to build and run quantum algos that combine quantum apps and processes with processes (like optimization, for example) running on classical computers, helping with error mitigation.

Integrated cloud experience: Perhaps one of the biggest benefits of Amazon Braket is that Amazon serves this up as a part of its AWS cloud service.

How Quantum Apps Prepare Users for the Future

Quantum apps most definitely can help prepare users for the future, which is the goal with Amazon Braket. From molecular simulation that helps solve problems in physics and chemistry, with the ability to lead to the design of new materials and catalysts, drug discoveries, and the exploration of high-temp superconductors, quantum is the future.

Quantum can be used to help address optimization problems that are prevalent in a number of industries, including financial services, supply chain logistics, and telecommunications, that are difficult for classical computers to handle.

Quantum is Good Business, for Amazon and AWS Customers

In summary, the Amazon Braket offering is appealing on a number of fronts. I especially like the fact that both the simulated and quantum hardware jobs are managed through a unified development experience, and customers pay only for the compute resources used. Amazon reports that Fidelity Investments, Volkswagen, Enel, University of Waterloo, Rahko, and Qu & Co are among the companies already using Amazon Braket is now available in US East (N. Virginia), US West (N. California), and US West (Oregon) AWS Regions, with more regions planned for the future. You can learn more about Amazon Braket here, and sign up for a free account to access the AWS Free tier here.

Daniel Newman, my colleague here at Futurum, covered the Amazon Re:Invent event in late 2019 and mentioned that while we’re in the early days of quantum, we’re seeing the major players in cloud and computing stake their respective claims to using quantum to help customers solve their most complex challenges. Amazon’s launch of Braket enables the use of quantum computing in the Amazon AWS cloud — and that’s good business. Good for Amazon and good for AWS customers. You can read Daniel’s full article here: AWS Addresses Its Place in Quantum at Re:Invent 2019.