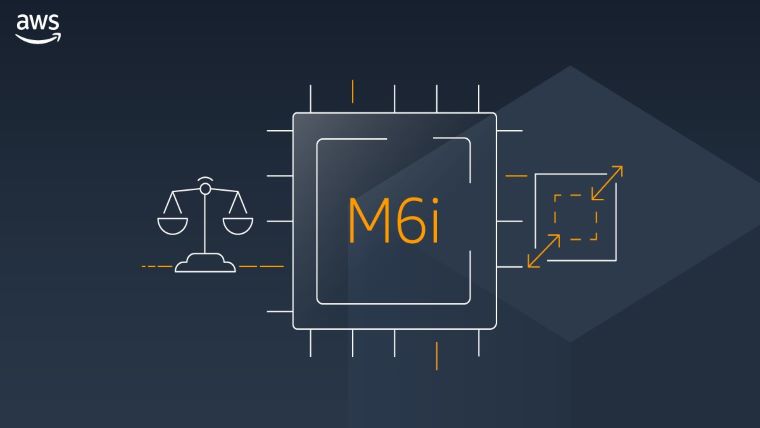 The News: AWS announced the availability of the new general purpose Amazon EC2 M6i instances, which offer up to 15% improvement in price/performance versus comparable fifth-generation instances. The new instances are powered by the latest generation Intel Xeon Scalable processors (code-named Ice Lake) with an all-core turbo frequency of 3.5 GHz.

Analyst Take: In 2020, AWS introduced the sixth generation of EC2 instances powered by AWS-designed Graviton2 processors. The company is now expanding its sixth-generation offerings to include x86-based instances, delivering price/performance benefits for workloads that rely on x86 instructions.

As foregrounding, AWS embarked on its self-reliant chip strategy in 2015 through the acquisition of Israel-based Annapurna Labs. Annapurna is the focal point of the AWS strategic objective to design chips specifically for AWS data center environments. In fact, Annapurna’s workforce has increased tenfold since the acquisition.

For additional clarity, AWS detailed that the EC2 M6i instances uses the “i” suffix in the instance type to specify that the instances are using an Intel processor. AWS was already use the suffix “a” for AMD processors (for example, M5a instances) and “g” for Graviton processors (for example, M6g instances). Initially Graviton2 launched as a custom-designed, 7nm SOC with 64 Arm Neoverse N1 cores (64KB L1/1MB L2 cache each), supporting dual-SIMD, and support for special instructions for int8 and fp16 processing.

M6i instances are available in nine sizes (the m6i.metal size is coming soon):

The new instances are built on the AWS Nitro System, which is a collection of building blocks that offloads many of the traditional virtualization functions to dedicated hardware, aimed at delivering high performance, high availability, and highly secure cloud instances.

According to Intel, the 3rd Gen Intel Xeon Scalable processors powering the M6i instances provide customers greater TCO (total cost of ownership) than M5 instances by offering higher per-core performance, built-in AI (artificial intelligence) acceleration with Intel DL Boost, and built-in crypto acceleration. In addition to higher workload performance, 3rd Gen Xeon Scalable processors are designed to be reliable at scale and are distinctly validated and tested at cluster-level scale that help to power a diverse range of expanding cloud workloads.
M6i instances are also SAP-certified. For over eight years SAP customers have been relying on the Amazon EC2 M-family of instances for their mission critical SAP workloads. With M6i instances, AWS underscores customers can achieve up to 15% better price/performance for SAP applications than M5 instances.

EC2 M6i instances are available now in six AWS Regions: US East (N. Virginia), US West (Oregon), US East (Ohio), Europe (Ireland), Europe (Frankfurt), and Asia Pacific (Singapore). As usual with EC2, you pay for what you use. For more information, see the EC2 pricing page.

AWS needed to introduce Amazon EC2 M6i instances to improve price/performance as well as improve sustainability outcomes that align with organizational ESG (Environmental, Social, and Governmental) goals. According to Applied Materials, the largest supplier of chip making equipment, data centers are projected to consume 15% of the world’s electricity. AWS and parent company Amazon are vigilant in fulfilling The Climate Pledge, the organization’s commitment to be net-zero carbon by 2040, a decade ahead of the Paris Agreement’s goal of 2050. As such, I see AWS Gravitron2 innovation will play an instrumental role in aligning AWS data centers to meet Amazon’s ambitious carbon neutrality goal.

In addition, AWS fortifies the supply chain stability of its chips as the new Amazon EC2 M6i instances also capitalize on Intel’s strategic commitment to strengthening the company’s U.S.-based and overall foundry resources. Specifically, Intel CEO Pat Gelsinger is pushing Intel to substantially increase domestic and global investments (i.e., $20 billion) that enable the company to serve the demand for greater U.S. production capability while also expanding Intel’s Foundry Service (IFS). Amidst the global shortage in chips that is expected to persist through 2022, the prioritization of supply chain stability factors increasingly in the strategic decision making of hyperscalers such as AWS. To advance that objective, I see Intel as resolute in potentially acquiring Global Foundries at around $30 billion to further bolster its IFS mission.