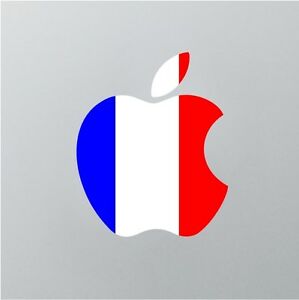 The News: Apple has been fined 25 million euros by a French consumer fraud group for intentionally slowing down some iPhone models with a software update.

The Directorate General for Competition, Consumption and the Suppression of Fraud (DGCCRF), which is part of the country’s economy ministry, concluded that Apple had failed to inform users that iOS updates to older iPhones could slow down their devices. Read the full news item on MacRumors.

Analyst Take: The rumors of Apple throttling devices has been pervasive for several years and this particular fine is associated to devices in 2017 and an update that caused iPhones to perform poorly after the update with the greatest susceptibility being devices with old batteries.

I have always felt this was abusive toward consumers and have long speculated that this was a practice to encourage greater numbers of product upgrades. Europe seems to be the most ambitious for dealing with these anti-competitive behaviors as we have seen not only Apple, but Qualcomm, Google, Facebook and Amazon (among others), all face the wrath of various European bodies–especially the European Commission. In this case, France was the first to jump in here as its Consumer Fraud Group addressed this and dealt with Apple’s apparent misgivings with a fine of 25 million Euros; a relatively small fine for a company of Apple’s size.

The fine was a tiny speed bump in the grand scheme for Apple. The remedy financially is like the average person being fined a nickel for reckless driving. However, the company is now going to be forced to update consumers regularly about updates and of course be more clear if an update may have adverse effects for its users.

On a broader note, I like that the awareness of this issue is being brought to light and that Apple is taking some responsibility. With these devices being upwards of $1,000.00, asking consumers to replace perfectly good devices by throttling down performance until they are almost unusable is abusive to consumers. This should force Apple to do more to innovate and make consumers “Want” to upgrade devices, as opposed to feeling obligated due to poor performance.

And to be fair, this isn’t just an Apple or iPhone problem. This is a problem in the industry as a whole as devices have greater longevity, and in some cases prices come down (not for iPhones) replacement cycles will be less frequent. This will need to be solved with augmented services, products and more compelling innovation– And I’m entirely down to see that.