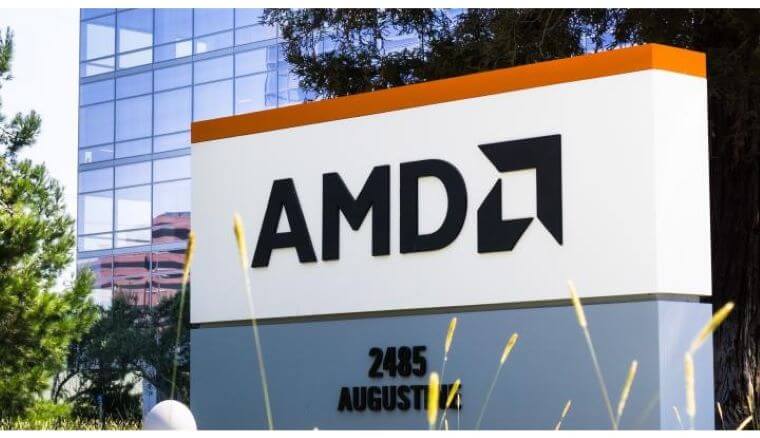 The News: AMD (NASDAQ: AMD) reported its 2021 Q2 financial results after the market close on July 27, 2021, highlighted by a 99 percent year-over-year increase in revenue and an improved gross margin of 48 percent to beat analyst expectations for both revenue and earnings. This is the fourth consecutive quarter the company has reported record revenue. AMD shares closed at $97.93 (up 7.58%) the following day.

Here’s a quick breakdown of the key numbers versus expectations:

Per AMD president and CEO Lisa Su: “Our business performed exceptionally well in the second quarter as revenue and operating margin doubled and profitability more than tripled year-over-year. We are growing significantly faster than the market with strong demand across all of our businesses. We now expect our 2021 annual revenue to grow by approximately 60 percent year-over-year driven by strong execution and increased customer preference for our leadership products.” You can read the full release on the AMD Investor Page.

Analyst Take: Some companies beat expectations. AMD crushes them. On quarterly revenue of $3.85 billion, AMD has now delivered its fourth consecutive quarter of record revenue, a trend we anticipate will continue based on the companies improved market position and its strong Q3 revenue guidance of $4.1 billion.

The company finished the quarter with a strong cash position and consistent improvements across all key metrics. Key data points from the earnings release include:

AMD also announced it had repurchased 3.2 million shares of common stock (valued at $265 million) as part of a $4 billion share repurchase program announced earlier in the quarter.

Given the current instability in the semiconductor supply chain, ongoing chip shortages, and shifting customer demand, we’re impressed by the growth across AMD’s major segments, CG (Computing and Graphics) and EESC (Enterprise, Embedded and Semi-Custom). Both segments showed impressive growth.

CG and EESC reflect two different aspects of AMD’s toolkit, and neither shows any signs of weakness. Revenue growth and increased ASP growth in the data center are a good sign that AMD’s focus on this segment is on target – the data center is increasingly the center of the compute ecosystem and we anticipate AMD’s graphics processors will gain market share in the quarters ahead.

We’re also impressed by the richer mix of Ryzen desktop and notebook processor sales, cited as a key factor in the improving ASPs for AMD’s client processors. Again, diversified revenue spreads the risk and, in this case, signals strong adoption and demand across AMD’s product lines.

As AMD’s Lisa Su remarked during her recent Keynote at our recent Six Five Summit event, “I think there’s no question that semiconductors have really become so much more pervasive. They’re in everything… And what the pandemic has unveiled is really sort of the demand for semiconductors far exceeded what any of us as an industry predicted. And so we do have this sort of imbalance between demand and supply.”

AMD has improved both its gross margin and operating margin during a turbulent period in the industry, both on a Y/Y and Q/Q basis. Despite supply chain disruptions and rapidly changing market demands, due in part to pandemic-fueled deployment of digital technologies and the acceleration of enterprise digital transformation initiatives, the company has managed to meet customer demands, control costs, and improve ASPs.

Why is this so important? Semiconductors are a long-cycle product – they take years to develop, the fabrication process is complex and costly, and pricing relatively inflexible. AMD’s continued margin improvements – particularly its 12-percentage point improvement in operating margins Y/Y – are a clear win for AMD’s management and its ability simultaneously improve operational efficiency (lower costs) while increasing revenue and average sale price.

AMD’s sustained growth and strong guidance comes at a time of increased reliance on computer processors and continued market expansion and suggests it is strengthening its competitive posture in its core markets.

The Guidance from AMD is Impressive

Building on its impressive Y/Y and quarterly gains, AMD has revised its Q3 and 2021 year-end guidance. In anticipation of balanced growth across all segments, including strong demand for its datacenter and gaming-focused GPUs, the company is guiding towards Q3 revenue of $4.1 billion (+/- $100 million) with steady gross margins (in the 48 percent range).

It’s been a busy quarter for AMD. The company announced shareholder approval of its proposed acquisition of Xilinx, now scheduled to close by the end of calendar 2021. While there are elements of risk here, there is also tremendous opportunity.

The company has also been aggressively signing integration partnerships with the likes of HPE, which will use the AMD EPYC processors in the new Alletra 6000 cloud-native data servers, and Google Cloud, which will deploy EPYC processors to power its new Tau Virtual Machine T2D instances.

Moving forward, we expect that AMD’s penetration into the data center and server markets will accelerate and serve to reduce potential risk from uncertainty in the PC and consumer markets. The company, under Su’s guidance, is hitting its stride with strong operational controls and aggressive market expansion, something we’ve been anticipating for a while.