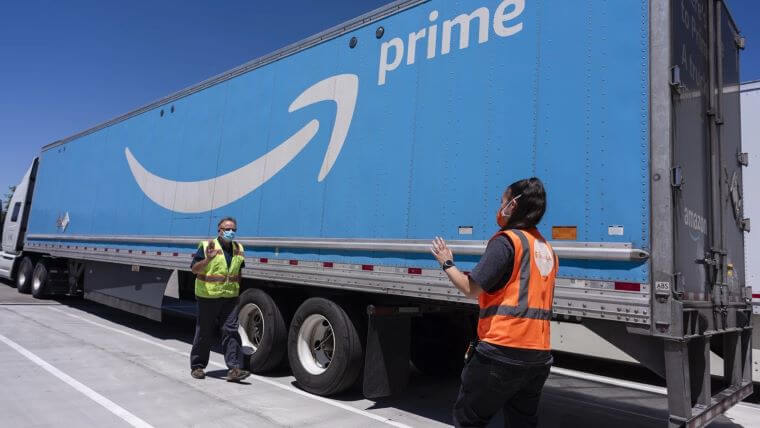 The News: Amazon has trained more than 5,000 drivers and employees by way of a partnership with Truckers Against Trafficking (TAT) a nonprofit organization that trains trucking industry pros to help identify, report, and fight sex trafficking. Read more from the Amazon blog here.

Analyst Take: Human trafficking, also known as sex trafficking, is not the most attractive of topics of conversation — but it’s a very real thing. And most of us probably don’t spend a lot of time thinking about human trafficking — I know that I certainly didn’t. That all changed a few years ago when I attended a local event in Kansas City, Missouri, where I live, featuring a presentation from a local nonprofit that serves human trafficking victims trying to get their lives back on track. What I learned is that human trafficking happens everywhere, and in sprawling cities like mine, with easy highway access, it is incredibly prevalent. The majority of human trafficking victims are women and children who are easily preyed upon and often easily manipulated. Once captured, these woman and children are most commonly forced into sexual acts or forced labor, and of course, anything else their captors demand, as they struggle simply to stay alive. It’s horrifying. Even more horrifying, it’s estimated there are some 25 million human trafficking victims in the U.S.

Traffickers recruit online, on the streets, at schools, and in some instances, they simply snatch up their victims at truck stops. That’s where the role of OTR truck drivers in combatting human trafficking comes in.

Which is where the Amazon connection comes in, and why I was interested to learn of Amazon’s alliance with and commitment to Truckers Against Trafficking (TAT), part of a concerted effort on the company’s part to combat human trafficking.

Amazon’s alliance with TAT is not new. In fact, the company has had a partnership with and been an official corporate sponsor of TAT since 2019 and started offering the company’s training into its driver education programs at that time. This is significant, as companies like Amazon, who employ thousands of truckers who spend their lives on the road and who are TAT trained, can play an important role in identifying, reporting, and potentially rescuing human trafficking and modern slavery victims.

I’ll give a brief nod here to my husband’s company, Paccar, who also supports TAT through sponsorships with its Kenworth and Peterbilt brands, along with many of their collective clients. You can check out some of the many corporate sponsors of TAT here, and next time you pass one of these companies’ semi-trucks on the highway, know they, like the team at Amazon, are helping to fight the good fight against human trafficking.

TAT training isn’t all that Amazon has done to combat human trafficking and forced labor. Amazon’s AWS has worked with Polaris, a nonprofit that works with trafficking victims and survivors, to develop what is the largest known dataset in the U.S. on human trafficking.

Just like we need to leverage technology to power business operations today to tackle the things that humans can’t do as efficiently on our own, it’s encouraging to see the application of technology, the harnessing of data, and leveraging of things like machine learning capabilities to identify and potentially save the lives of human trafficking and forced labor victims.

In summary, what I learned from that presentation on human trafficking I got the chance to experience is that human trafficking is a huge problem, and it’s everywhere. Truck drivers are on the front lines of this battle, and it’s encouraging to see companies like Amazon leveraging their powers for good. The greatest tool we have in the fight against human trafficking starts with the desire to be a part of the fight — and Amazon is clearly committed to play a role there.