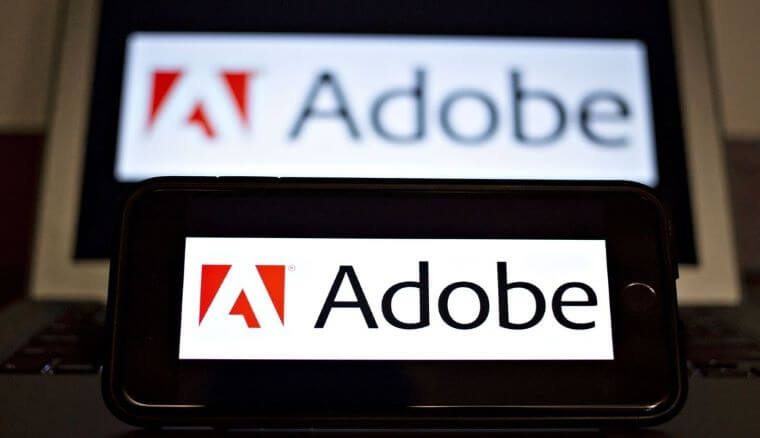 Adobe touches a massive swath of consumers either directly or indirectly. Last week on Forbes, I wrote a piece diving into the company’s recent Digital Economy Index, which comes from trillions of transaction data points across the internet. Across the company’s multiple business segments, which are comprised of its Creative Cloud, Document Cloud, and Experience Cloud, there is growth to be found. Global leaders depend on the trio of suites, and just about every knowledge worker on the planet engages with Adobe’s Document Cloud and/or Experience Cloud on a daily basis through everyday interactions with e-commerce and document correspondence. In short, the growth doesn’t strike me as surprising, but rather a reflection of the strength of digital transformation and Adobe’s current positioning in these markets. 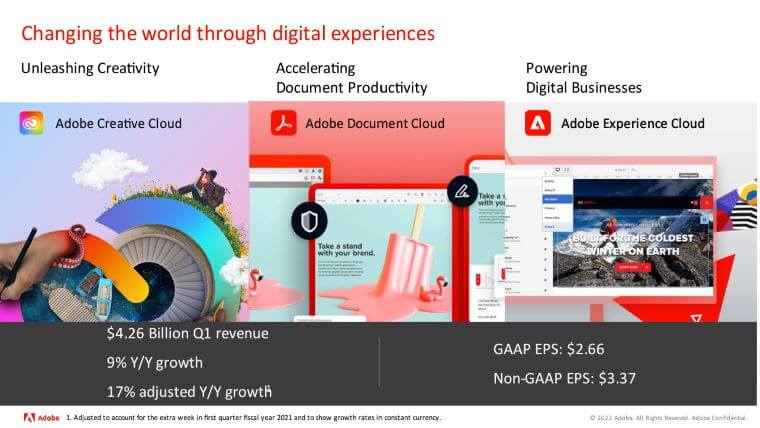 The growth of these segments fall in line with a strong performance, and the fact that its revenue is largely ARR only makes the company a better bet for investors. The slower growth in Creative Cloud is something to watch, but I believe Adobe’s stepped up efforts in Metaverse, which were reaffirmed in its recent Summit event, will provide a roadway to faster growth for that business. Not much to worry about with these numbers otherwise. The mid-teen to twenties percent growth falls in line with the likes of Salesforce in mature categories.

As we have seen a strong united front of tech leaders withdrawing certain or all business from Russia in the wake of the war in Ukraine, Adobe did mark down an aggregate of $87 million in ARR from its operations in Russia and Ukraine. This reflected 100% of the current ARR for both markets. However, the company did notate that it will continue to support its customers in Ukraine, which represent $12 million in ARR. Despite these changes the company did not reduce its full year guidance.

Of course, the decision to exit based upon Russia’s decision to invade Ukraine unprovoked must be seen as the right move by Adobe. The decision to put people and humanitarian causes ahead of profits is the only course of action for global leaders like Adobe. I commend this decision and the maintained guidance seems to foreshadow a confidence that the lost revenue will be made up elsewhere as continued demand for Adobe solutions remains.

Adobe’s results are in line with the recent run of solid growth and performance from enterprise software and cloud leaders. The strength of its ARR and the record revenue should provide the market with confidence in the company’s continued strong execution. I like the company’s market position and the bets it is making on the next generation of digital and web experiences.

Of course, the ongoing conflict in Ukraine and the decision to pull out of Russia will weigh on the company’s revenues in the next quarter, however, Adobe is a company that thinks bigger than short term results—evident in both the company’s results and decision making to put humanitarian causes ahead of profits.