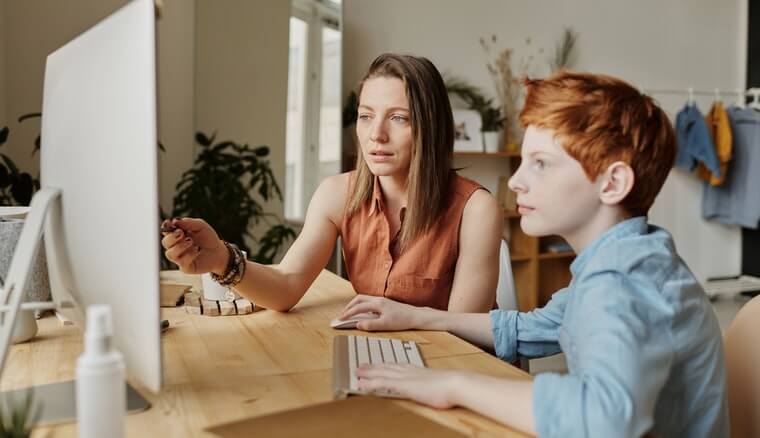 The News: The $100 billion high-speed broadband bill reintroduced by Rep. James Clyburn (D-SC) is aimed at closing the digital divide and affording all U.S. households access to high-speed internet by 2027. On the heels of the $7.17 billion Emergency Connectivity Fund announced earlier this week, H.R. 1783, the Accessible, Affordable Internet for All Act earmarks over $94 billion to ensure that underserved and chronically economically-stressed communities will finally have access to affordable high-speed internet. The legislation is the product of collaboration between Clyburn and members of the House Rural Broadband Task Force, Chairman Frank Pallone (NJ-06) and the House Energy and Commerce Committee, and Senator Amy Klobuchar (D-MN). Senator Klobuchar, co-chairperson of the Senate Broadband Caucus, has also introduced the bill in the Senate. Read more at NextTV.

Analyst Take: The $100 billion high-speed broadband bill (H.R. 1783), aims to complement the $7.17 billion Emergency Connectivity Fund announced earlier this week. The Emergency Connectivity Fund was part of the $1.9 trillion American Rescue Plan Act of 2021, just signed into law by President Biden, which aims to help schools and libraries around the U.S. provide access to broadband and deliver devices to their offsite students and staff. H.R. 1783 aims to complement the Emergency Connectivity Fund by helping get the U.S. closer to making high-speed internet available to every household in America, no matter how remote the location, and help bridge the digital divide that separates not only urban communities from rural ones, but affluent communities from more economically-distressed communities.

The ECF and H.R. 1783 appear to be delivering on the promise of earlier attempts to bring broadband service to underserved areas, most notably the defunct 2020 $1.5 trillion Moving Forward Act, which had set aside $100 billion toward bringing broadband infrastructure to rural areas, the Trump administration’s American Broadband Initiative proposal, and the FCC’s own $20.4 billion initiative announced last year.

How H.R. 1783 Aims to Close the Geographic Broadband Infrastructure Gap

According to Clyburn, “access to broadband today will have the same dramatic impact on rural communities as the rural electrification efforts in the last century,” and he isn’t wrong. If nothing else, the COVID-19 pandemic has exposed the degree to which U.S. students and businesses still do not enjoy universal access to high-speed internet, and the impact this digital divide can have on education, access to services, and giving small businesses and workers the ability to compete nationally and globally in a digital economy.

To put things in perspective, a pre COVID-19 pandemic a Microsoft report, published in September 2019 found that 162 million Americans, or nearly 50 percent of the U.S. population, were not using the internet at broadband speeds. This does not suggest that high-speed internet access was not available to 162 million Americans. Rather, it highlights that at the time, many Americans simply chose not to take advantage of high speed internet even when it was available to them. While we are still compiling data on precisely how much attitudes toward broadband subscriptions have changed over the course of the past year, we can safely assume that lockdowns, stay-home orders, work-from-home policies, and distance learning (all at scale), have forced tens of millions of American households to embrace the value of broadband internet, not just because of higher speeds, but because of bandwidth and network capacity improvements. This is especially true of households in which multiple members found themselves having to use bandwidth-hungry video collaboration tools for hours at a time. As business and schooling have both moved into the home for tens of millions of Americans, even if it is only for a few days per week, ensuring that every U.S. household has access to high-speed broadband has become an economic necessity. The best way for U.S. students and workers to remain competitive in the post-pandemic global digital economy is to adapt the entire country’s digital infrastructure to our new work-and-study-from-anywhere reality.

Many rural and tribal communities often don’t have that choice, however, as high-speed internet service is simply not available in their area. The FCC estimates that at least 21 million Americans currently may not have access to high speed internet, including as many as 1 in 4 rural households and 1 in 3 households on tribal lands. This puts students and workers in those areas at a severe disadvantage through no fault of their own. That is precisely the digital divide that H.R.1783 aims to correct over the next 5 years.

“When we invest in broadband infrastructure, we invest in opportunity for all Americans,” explains Senator Klobuchar, highlighting the negative impact that not having access to high speed internet can have on education, competitiveness, and economic opportunity. “In 2021, we should be able to bring high-speed internet to every family in America, regardless of their zip code.”

To incentivize carriers to participate, $80 billion of the bill’s $94 billion total budget will be spent on prioritizing unserved and underserved rural, suburban, and urban areas in broadband infrastructure deployments. The bill also sets aside $5 billion over 5 years to provide low-interest financing for broadband infrastructure buildout projects.

How H.R. 1783 Aims to Close the Economic Broadband Infrastructure Gap

H.R. 1783’s high speed broadband focus is not solely on plugging geographic holes in the country’s broadband infrastructure. Under the bill’s provisions, internet service providers whose networks are funded by the program will be required to offer affordable plans to consumers. An additional $6 billion in funding will go to the FCC’s Emergency Broadband Benefit Program, a program that aims to provide a $50 monthly discount on internet plans for low-income Americans, and $75 for customers living on tribal lands. Lastly, $2 billion will go to the Emergency Connectivity Fund for students who need internet access, and to fund providing WiFi on more school buses.

The bill also establishes the State Digital Equity Competitive Grant Program, to be administered by the OICG, which will award grants to local entities, tribal governments, Alaska Native entities, Native Hawaiian organizations, non-profits, anchor institutions, educational entities, and workforce development programs for digital inclusion activities. The program carries a $625 million budget and mandates that no less than 5 percent of its funds must be used to award grants for native American tribes, Alaska native entities, and native Hawaiian organizations.

In parallel, the bill establishes the $60 million State Digital Equity Capacity Grant Program, also administered by the OICG, to aid States with their digital equity and digital inclusion activities. States applying to receive grants must already have established State Digital Equity plans and designated administering entities. Grants must be used within a 5-year period.

The High Speed Broadband Bill Have an Impact on 5G Deployments in Rural and Tribal Areas?

What we know is that about $60 billion of the $80 billion allocated to funding new high speed broadband infrastructure deployments in unserved areas will focus on funding network upgrades in areas with service below 25/25 Megabits per second (Mbps), and areas with low-tier service, defined as areas with service between 25/25 and 100/100 Mbps. The remaining $20 billion will be spent to upgrade anchor institutions with speeds less than 1 gigabit per 1,000 users.

While the language of H.R. 1783 doesn’t explicitly point to 5G deployments, it is possible, and perhaps even likely, that carriers will see this program as an opportunity to bring 5G network capacity to some rural and tribal areas. I expect that most 5G deployments that may fall under the program will lean toward bringing Sub-6 GHz 5G service to rural areas, although we could see some mmWave deployments work their way into the program, especially where schools, advanced manufacturing facilities, healthcare facilities, and small business clusters might benefit most from them.

Futurum Tech Webcast: The Digital Divide: Where is the Telco Industry in its Journey to Closing that Divide?