Realizing 2030: When Humans and Machines Unite 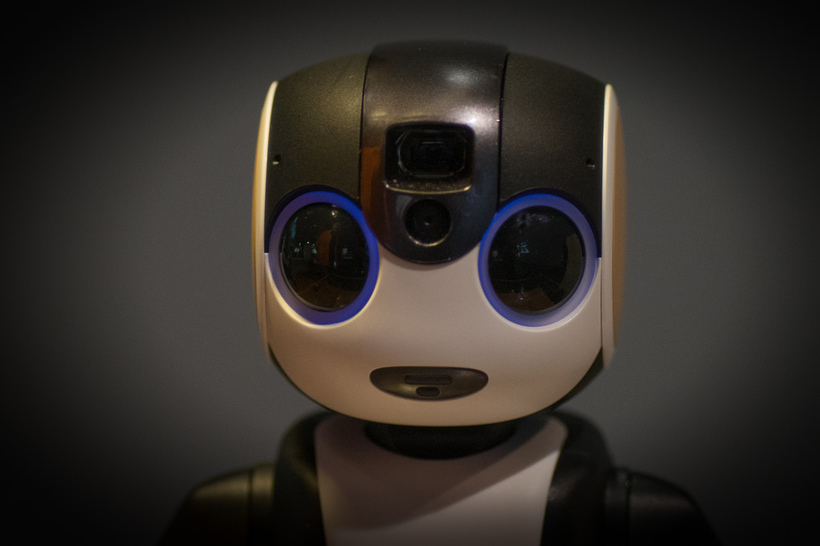 There is a lot of speculation about the future of work in tomorrow’s economy—and for good reason. As we enter “Phase 2” of artificial intelligence (AI)—i.e. the phase where AI finally starts to work in the ways developers first intended—we are faced with lots of challenging questions. How will AI change our careers? How will it change our communities? How will it change our world? When it comes to AI, there are two widely diverging views that tend to shape our outlook: either we stress that AI will take over our jobs and humanity, or we see AI as a powerful force for good in our world. I tend to fall in the latter category.

Numerous companies are already doing their best to present unbiased views of what to expect as we head 10 or 20 years into the future. Dell recently partnered with the Institute for the Future for a project called Realizing 2030. Their new report, “The Next Era of Human | Machine Partnerships: Emerging Technologies’ Impact on Society & Work in 2030,” poses some interesting ideas about just those types of questions. I’ll share a few of their insights—and my take on them—below.

The report shows that as AI continues to develop, humans will continue to merge into conductors for digital work. For instance, whereas now our hands and eyes are the conduit between humans and any app or tech solution, in the future that middle-man step will no longer be necessary. Humans will be able to merely think about a task they want to do, and it will be done. For instance, forget Nest: smart sensors in our bodies will automatically determine when we need heating and cooling. There will be no typing—no computers—just our minds and our output. That’s a pretty gutsy forecast.

Do I see this staking shape in the next 13 years? Not likely. But, it is clear we’re working in that direction. Computers are indeed becoming working parts of us. In the past, we relied on pacemakers to keep our hearts working. Now, we’re developing “smart exoskeletons” that help paralyzed people walk and implanted computer chips that help blind people see. We’re even working on tech that will help people with brain injuries recall their lost memories. Essentially, we’re looking at the possibility of wiping out disability altogether.

One of the most stunning quotes from the report is that AI is going to “fundamentally reframe ‘notions of what it means to be a person.’” The line between real and virtual will become increasingly blurred. Humans may be able to “virtually eat” to stay on track with their diet. Products may have “virtual packaging” to help us get a hold on the mass amounts of garbage damaging our planet. Perhaps we can even use “virtual gas” to fuel our cars. It’s almost impossible to imagine limits to what this mind-merge will create.

People Will Learn in Real Time

Another major insight from the Dell study is that humans may no longer need years of college study to enter the workforce. It’s estimated 85 percent of jobs being done in 2030 don’t even exist yet. And even when they do, they will probably soon be outdated. As such, there will be almost no point in preparing for jobs as we know them. What will that do to our concept of education? College? Career life? What’s more, how do we prepare our children for this future concept of work?

No doubt, this revision of the human workforce will have some growing pains. Given the need to run lean to increase profits, many companies will turn to robots to replace human workers –saving up to 90 percent of costs in manufacturing alone. How will this impact our economy? Our social economic structure? No technology in history has held so many unknowns—and so much possibility.

Stepping Back from the Hype

AI has been surrounded by hype and speculation since it was first invented—decades ago. As such, I think it’s worth taking a step back to peel away what’s possible to what’s probable in the next 10 years.

First, none of the tech developments happening during this digital transformation are happening in a bubble. They are developing alongside political and social issues, demographic shifts, and global economic changes. For instance, just as AI is expected to hit a new peak in 2030, the world is expected to see a huge influx of aging. The ethics surrounding care-bots and other solutions to support our aging population will present numerous challenges. As I wrote in my piece “The True Problem Artificial Intelligence Will Face,” not everyone is a fan of AI. Large segments of society will be there every step of the way to ensure the technology is developed responsibly—no matter how long it takes.

Second, AI is still basically in its infancy. Facebook recently shut down a few robots after an experimental negotiation project led the robots to create their own language—one their operators didn’t even understand. Until we get those types of glitches worked out, human jobs as we know them won’t be going anywhere.

Last, we must remember that the entire basis of digital transformation is to better serve our customers—people. My hope is that new developments in AI will allow for greater human connection—not less of it. Because we’ll be relieved of so many menial tasks, we’ll have more space to develop meaningful ways to solve the world’s problems—problems that have plagued humanity for centuries, such as certain diseases, class issues, and lack of access. That access, however, will still be far from global by 2030. And by that time, we’ll already be talking about AI’s Phase 3.