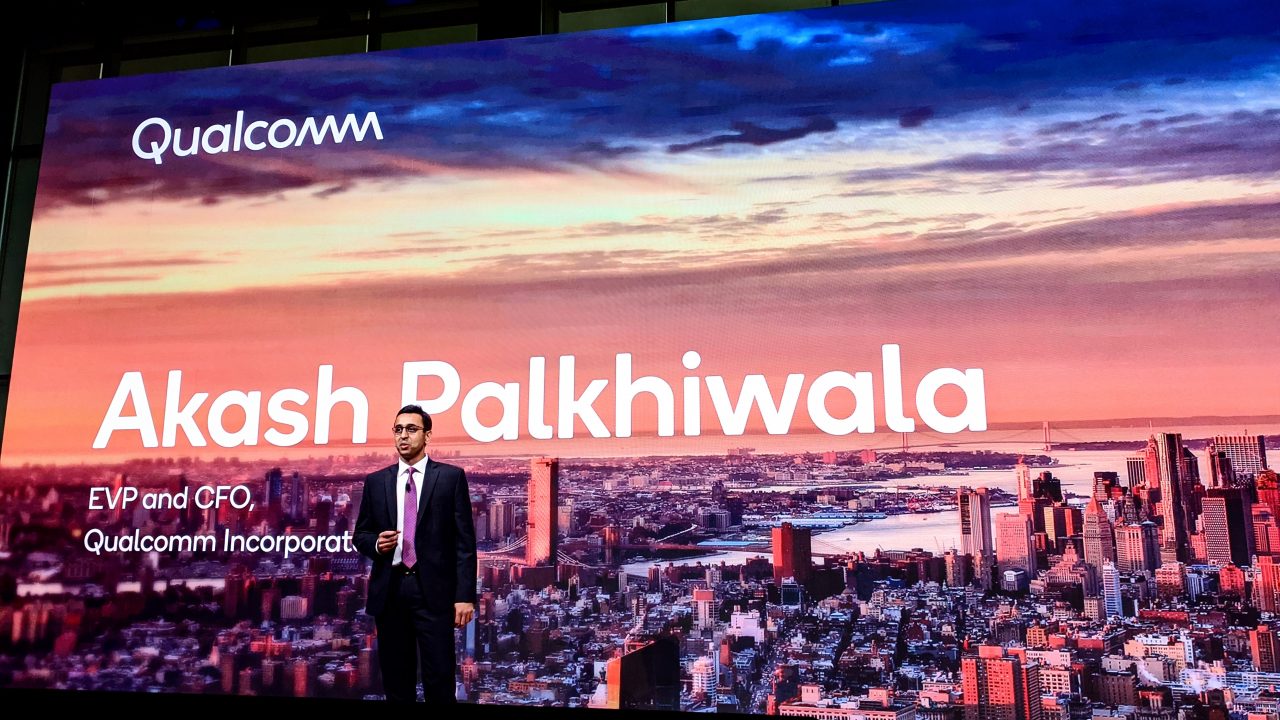 I just returned from an illuminating analyst event in NYC, during which Qualcomm outlined its growth road map for the next 5 years. The San Diego chipmaker and IP giant hasn’t always been as communicative with its business roadmap in the past, so this was a wonderful opportunity to catch a glimpse of what is happening behind the curtain, so to speak. It stands to reason that I should share what I learned, as well as a few thoughts about where Qualcomm is going, how, and how fast. Also, Qualcomm’s slide game was strong, and someone over there deserves a lot of credit for that.

For the sake of brevity  and focus, I will only focus on Qualcomm CFO Akash Palkhiwala’s presentation this time around. (Don’t worry, with the Snapdragon Summit kicking off in Maui this week, I will have ample opportunity to weave some of the other insights I gleaned from the event in follow-up articles.) Three areas of focus stood out to me: Revenue growth, margin expansion, and capital allocation. Let’s start with revenue growth, because that’s where the core of Qualcomm’s business growth strategy lives. 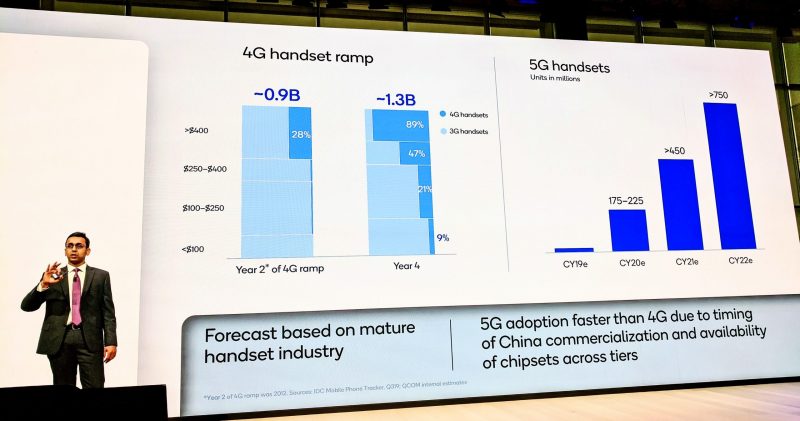 Snapdragon and the expansion of price-point tiers towards 2022:

One of Akash’s slides suggested that the Snapdragon mobile platform may open itself to lower price tiers. The slide referenced 800, 700, and 600 tiers supporting 5G (Qualcomm’s Snapdragon 855 SOC would fall into the 800 tier, and so on). I expect that we will be hearing more about this at the Snapdragon Summit this week, but if this is true, things could get interesting in the high and mid-tier price-points where chipmakers like MediaTek and Huawei already tend to play.

This would be especially true if a hypothetical 700 series SOC from Qualcomm were to be somewhat equivalent to MediaTek’s new Dimensity 1000 and Huawei’s Kirin 990, for instance. Not only would Qualcomm gain a foothold in the VERY attractive $500-$800 price-point range for 5G phones, but it would also help frame the superiority of the presumably-named Snapdragon 865 (the replacement for last year’s 855) relative to 700 and 700-adjacent SOCs. If I am right about this, not only would this be a smart business move for Qualcomm, it would also be a smart marketing move as well. (More on that in the next few days.) 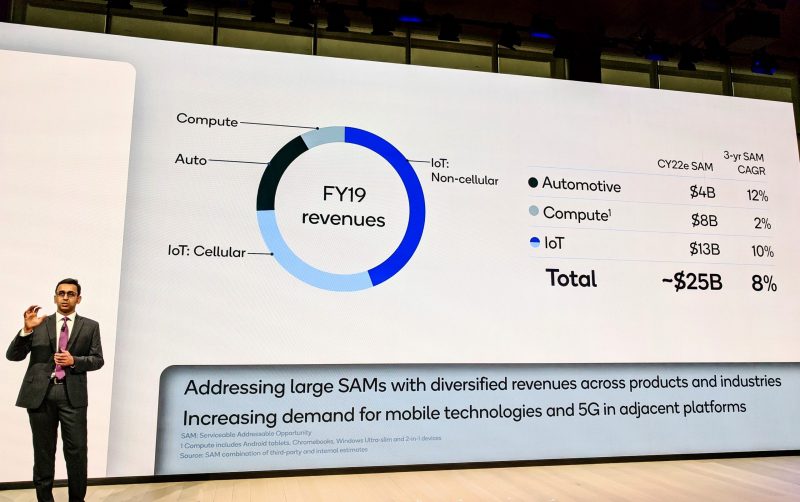 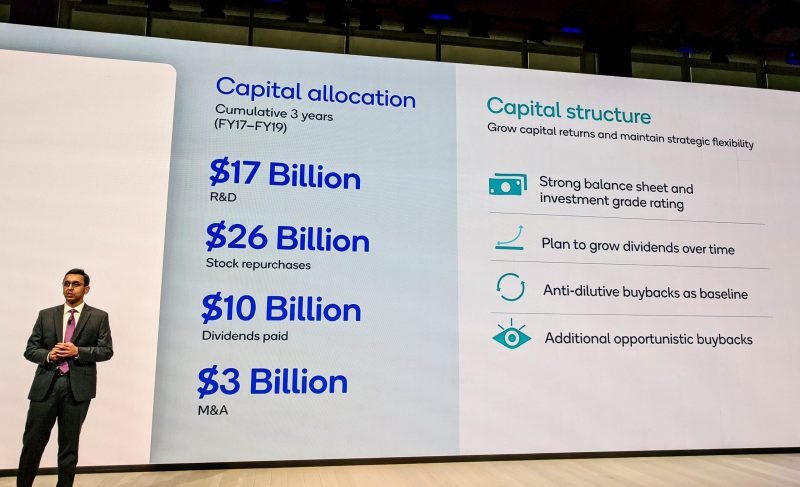 I will write in greater detail about Qualcomm’s 5G, Automotive, Compute, and Cloud/Edge AI ambitions as I understand them, so keep an eye on this space for a deeper dive into those in the next few weeks.