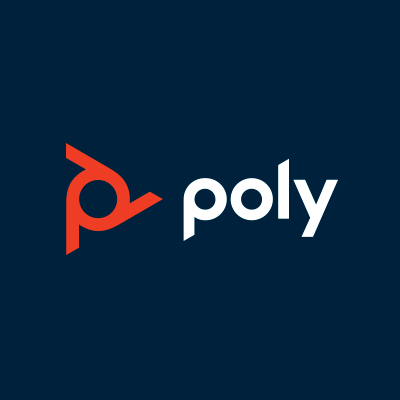 This range of devices means that Zoom Rooms can be easily deployed in meeting rooms of all sizes, from huddle rooms to board rooms, with the enterprise-grade quality for which Poly is known. Together, these solutions put the “mojo” back into meetings with technology that is easy to deploy, easy to manage, and easy to use. Read the full press release on Poly.

Market Data: The following is market data presented at the meeting that was worth noting. 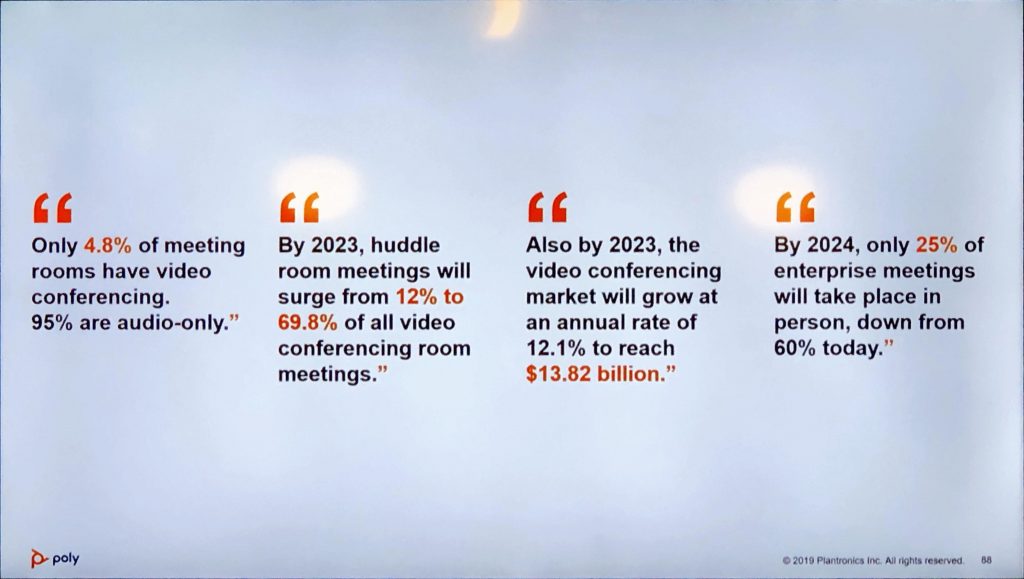 Analyst Take: Poly, which for those less familiar is the newly created identity of Polycom and Plantronics, post merger, is currently in the mode of working very hard to re-establish its identity. This is particularly true in the enterprise voice and video space where the Polycom of yesteryear was well known as one of two in video and the creator the “Starphone” that still graces many meeting rooms today.

In 2019, the company is different, as is the landscape for collaboration. With Microsoft Teams, Webex Teams and the fast growing Zoom Communications quickly becoming the enterprise solutions of choice, Poly has been in a steady transition away from being the center of the video and voice to being an important contributor at the edge of the collaboration value-chain.

The Poly of today, in the wake of bringing together Polycom and Plantronics, now has a portfolio that includes dedicated video endpoints, multi-use video/phone endpoints and a massive portfolio of contact center headset peripherals that also have consumer implications.

Rather than focusing on the devices that you can read about in the press release, let’s look at a couple of key thoughts from Poly Analyst Day.

It’s All About Alliances and Ecosystems 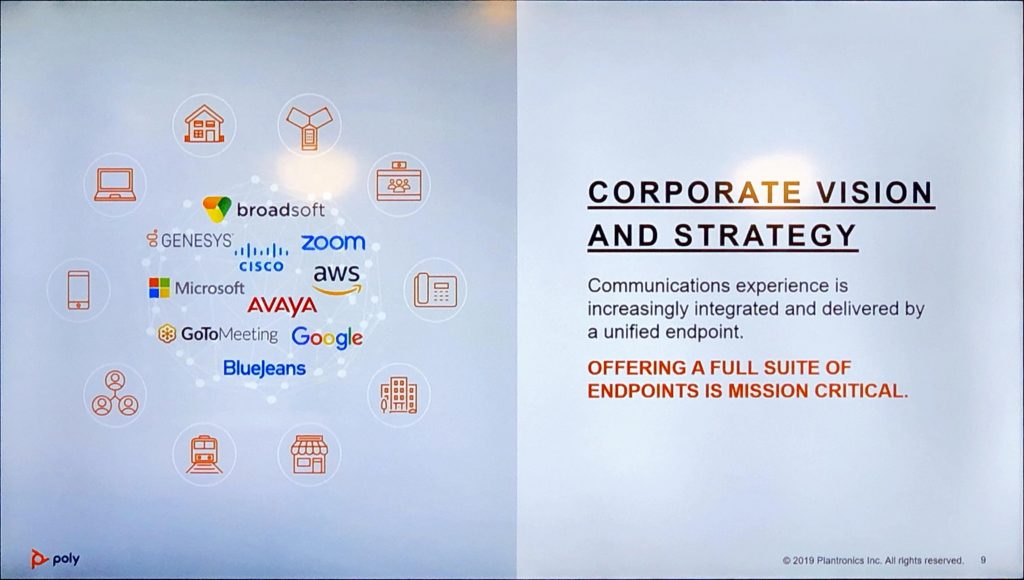 I couldn’t help but walk away thinking that so much of Poly’s future will be dependent on the company’s success with its ecosystem partners. Collaboration is certainly growing and the approach of Poly is that its hardware can work on just about any service. Most notably:

With innovative services that enable Polycom endpoints to easily provide customers access to any/all of these platforms, it will certainly make usability better.

The current systems tend to be built around end points from companies like Mac or x86 + Logitech, but with Poly Studio products and their embedded processors, Zoom rooms could scale even faster based on Poly.

I would like to see the partnerships deepened even further with Poly, especially Microsoft, Cisco and Zoom given the prominence of those platforms in the enterprise today. If Poly can win alliances, the company should be able to capitalize on growth opportunities and market share capture in key product categories.

Branding will be Key

Something that wasn’t discussed a lot during the analyst day, but that I believe is worth drawing attention to is the company’s overall brand. The change to Poly raised questions for both Plantronics and Polycom customers, but at this point has been pretty well accepted.

Now, the company is going to need to be steadfast to gain more affinity from end users as well as ecosystem partners. Poly needs to be called out for as the priority end point for high quality voice and video. At this point I worry that volume based collaboration has marginalized high quality video and Poly will be best suited if quality can make its way back to the forefront.

Heading into analyst day, I wasn’t quite sure what to expect from Poly. With so much momentum moving to core collaboration services, I was interested in whether Poly planned to try to launch its own service and it was quickly obvious that was not in the cards. A smart decision if I may add.

At this point, Poly is the peripheral provider for delivering high quality conferencing and contact center experiences. Leaving the enterprise customers to do so on whatever platform seen as fit. The company has made some bold moves with pricing and has delivered a series of improved user experiences based on machine learning, AI and engineering innovation that enable meeting rooms to more affordably create immersive collaboration experiences.  Further integration with voice platforms (Siri, Alexa, Cortana) will be a important as I see voice driving more meeting rooms and device interaction.

I’m going to be watching closely to see if the brand can pick up momentum and become more of a household name again; especially in video. The company’s executives seem bullish on the future and based on some of the stalled momentum over the past 5 years, I think there is a compelling story that is coming to light and it will be based on Poly capitalizing around the growth of the overall collaboration ecosystem; which is certainly something that I am expecting.

*Daniel Newman serves as member of Board of Directors at Starin.