Opinion: “Just a flesh wound,” or why Facebook’s very bad week is being overplayed 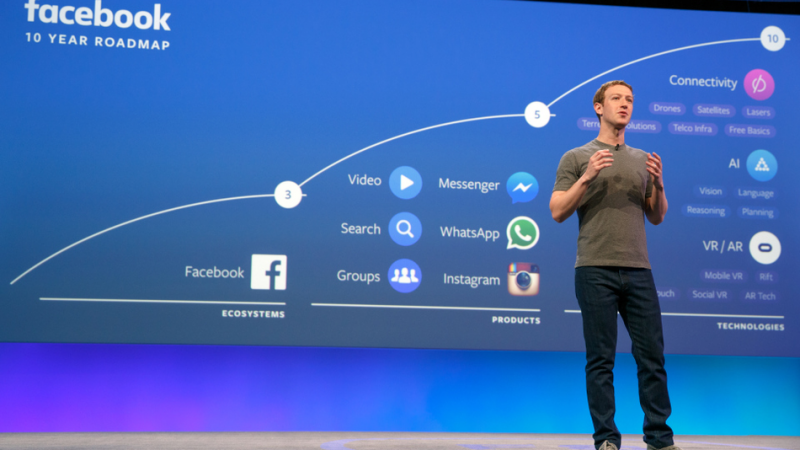 If you spotted the Monty Python reference in the headline, points to you. If you didn’t, a whole new universe of cultural references is just a click away.

All right. Let’s talk about Facebook for a few minutes. In case you missed it, Facebook’s Q2 2008  earnings call didn’t go very well. Among other red flags, Facebook announced that it had fallen short of investor expectations with regard to active user size. (This is a pretty important metric for social media companies since they reflect audience growth relative to potential ad sales.) Seeing what Facebook’s active user numbers look like on a timeline helps explain why investors appear to be losing faith (and running out of patience) with Facebook. 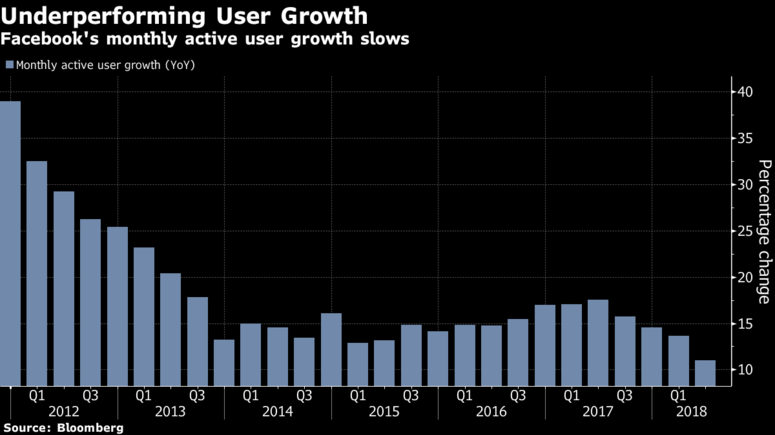 And while not catching the eye of many investors and journalists, the fact that Facebook has been struggling to grow (or even to hold on to) its younger audience demos, does spell trouble for Facebook in the long run. (The average Facebook user’s age is creeping upward, which isn’t exactly a good sign for advertisers.) That reminds me that we should have a discussion about Snapchat and Instagram soon… But I digress.

In addition to the active user numbers disappointing investors, revenue growth also fell short of analyst expectations, but only barely: The company hit $13.2 billion in Q2 instead of $13.3 billion. All of this, of course, on the tail of a year and half of data privacy scandals, election-tampering-related bad press, poorly worded statements from top executives, and questionable policies regarding what does and doesn’t constitute hate speech on the platform. In other words, Facebook didn’t go into this week’s call with a whole lot of good will in the bank. Investors understand that leadership matters, and no matter how good the numbers are, and how much potential a company has, they are keen when it comes to spotting weaknesses and red flags. I would argue that good analysts and investors are better at smelling blood from miles away than Great White sharks.

“The company told Wall Street the numbers won’t get any better this year. Chief Financial Officer David Wehner said revenue growth rates would decline in the third and fourth quarters. Analysts who follow Facebook were blindsided, asking frequently on a conference call with executives for more information on exactly how the company’s financial future had changed so dramatically.”

“The company’s shares fell the most in its history as a public company, wiping out more than $120 billion in market value. It marks the largest ever loss of value in one day for a U.S. traded company.”

As I write this article, this is how Facebook is currently trading. Who knows where Facebook’s stock will be when you get around to reading this. 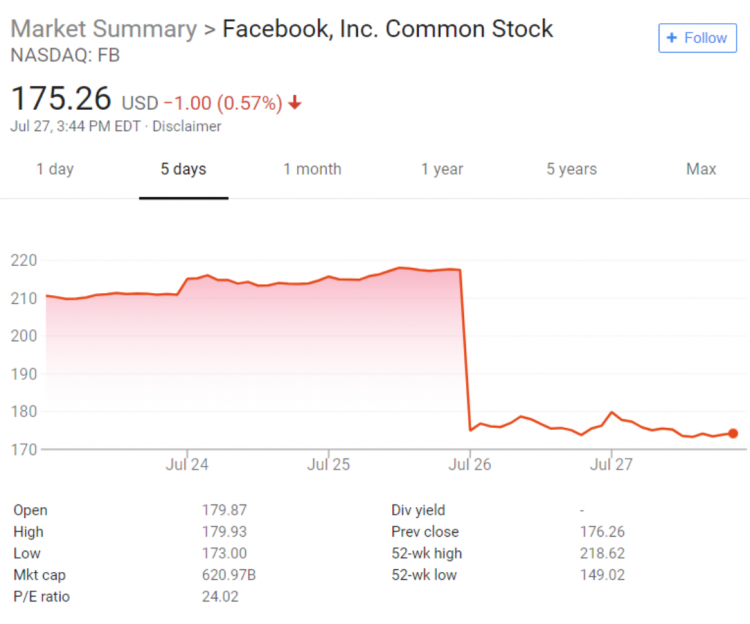 Why it happened (and why it shouldn’t have):

I am a bit perplexed that any serious analyst would be blindsided by these news. The downward trend of active users is nothing new. (See the first graph in this post.) Facebook hemorrhaging young users is also nothing new. Facebook’s PR troubles, which involved Marc Zuckerberg having to go before Congress to testify about his company’s plan to preserve data privacy and combat election-meddling through his platform wasn’t exactly a secret. Article after article about users leaving the platform (out of boredom, privacy concerns following the Cambridge Analytica scandal, and emotional exhaustion due to the increasingly contentious nature of user interactions on Facebook) should have come across their desks. Any attentive, competent analyst should have seen this coming.

Moreover, Facebook’s financials were far from catastrophic: Facebook’s Q2 net income was up 31% YoY. That isn’t exactly bad news, especially for a company whose user growth appears to be flatlining. Facebook’s financials, given the short-term challenges that the company faces, not the least of which is the EU’s new data privacy rules, which Facebook may need time to adjust to, should have energized investors. In my view, they reflect the company’s ability to print money no matter how rocky the road gets. And as long as a company can grow its revenues the way Facebook does, it has the ability to buy itself the time it needs to adapt, change, and evolve as needed. Say what you will about Facebook, hate it or love it, it still appears to be one of the most resilient and adaptable companies in the world. This week’s call should have proved that.

From where I sit, many of my fellow analysts screwed up. Either their models were flawed, or they weren’t prioritizing (and deprioritizing) the relevant inputs. Maybe their instincts were also wrong. (Analysts can often be too clinically removed from the companies they observe to get a real feel for what is really happening outside of a very narrow frame of reference.) There’s an art to this. It isn’t just about data and tables.  Honestly, I can’t really figure out why so many of them could have been so wrong. But the problem now isn’t just that they failed to understand what Facebook was doing, or how to properly interpret Facebook’s strategy ahead of this week’s call. The problem is that, by setting the wrong expectations for investors, many analysts turned a mixed bag of good financial news and unsurprisingly slumping user growth numbers into a maelstrom of panic. And in this regard, the blame also falls on Facebook execs, who should have done a better job (and a more proactive one) of managing expectations. That failure, not Facebook’s numbers, caused this week’s debacle. All of it could have been avoided.

Why the market was so completely wrong about this one:

In the interest of resetting expectations, let’s take a deep breath and look at Facebook’s viability again:

In other words, Facebook has challenges, like any other company, but, in my view, this week’s market reaction to its Q2 numbers was irrational and ill-informed. My only question now is this: Will this stock deflation serve as a true market correction (assuming that Facebook’s stock value may have been overinflated), or was this just a bump in the road for a company whose stock price grew from $38 in 2013 to roughly $200 in 2018? Look at that growth. Now map it against the user growth graphic at the top of this article. That should help answer that question. 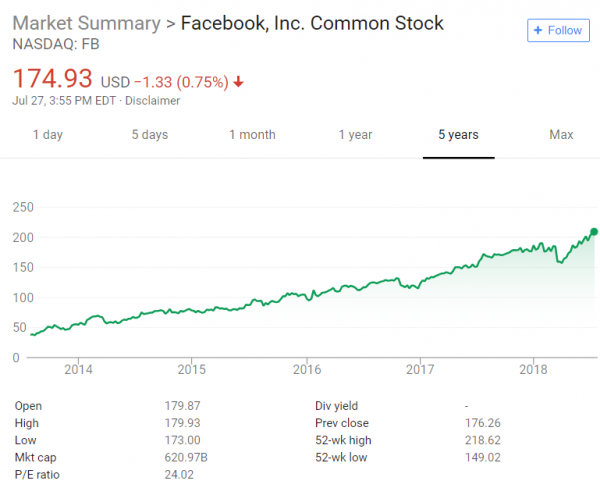 My guess is that, love it or hate it, Facebook still has immense (and vastly untapped) market potential. Facebook will bounce back. I see no reason why it wouldn’t. In the meantime, analysts and Facebook executives need to start getting their ducks in a row when it comes to managing expectations in the future. This week’s debacle shouldn’t have happened, and should never be allowed to happen again.

Disclaimer: This article is for informational purposes only and in no way should be taken as investment advice.