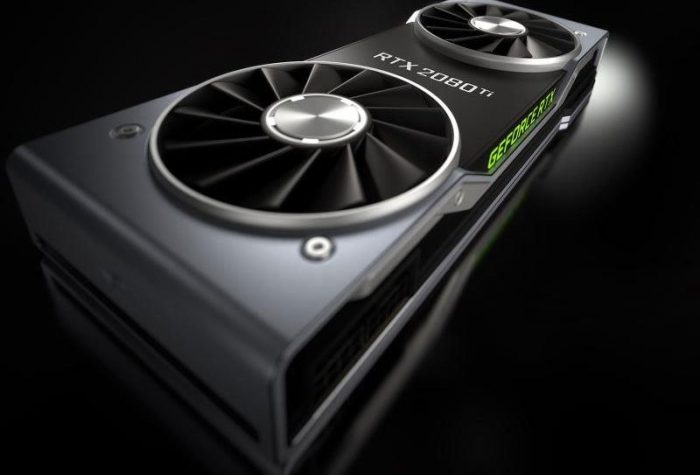 Nvidia said non-GAAP earnings for the three months ending on October 27, the group’s fiscal third quarter, came in at $1.78 per share, down 3.3% from the same period last year but firmly ahead of the Street consensus forecast of $1.58 per share. Group revenues, Nvidia said, fell 5.5% from last year to $3.014 billion, just ahead of analysts’ forecasts of a $2.92 billion tally.

Looking into the final months of its 2020 fiscal year, Nivida said it sees fourth quarter revenues in the region of $2.95 billion, with a margin for error of 2%, and an improving non-GAAP gross margin of 64.5%, with a 50 basis point error margin. Data center chips, Nvidia said, are likely to be the key growth driver as demand for gaming hits a traditional seasonal decline. Read the full news item on The Street.

Analyst Take: NVIDIA, overall had another strong quarter driven by strong growth in its gaming category.  This is particularly true on a sequential basis as revenue and earnings were up 17% and 61% respectively. On a year over year basis, the numbers were a bit less impressive as revenue and Non GAAP earnings were down slightly.

One area that NVIDIA could really lean into for this quarter was its continued growth in its margins. This quarter its margins climbed over 400 basis points to over 64.1% and the company going forward is estimating that those margins will rise further to 64.5%. The margin growth is said to be mostly attributed to the product mix, but I see this as an obvious positive.

The company had a number of important launches and releases during the quarter as well with the most significant coming out of gaming and data center, but also a noteworthy win in Edge Compute.

The collective collaboration, partnership and product/service launches across the quarter show continuous focus on winning market share and delivering category leading solutions. This quarter the company also made some interesting partnerships like the one it launched with Ericsson and with Red Hat to put a stake in the ground around 5G. I’m also watching closely how NVIDIA partners with public cloud providers like AWS and Azure to deliver elastic inference services as I believe this will become a highly utilized vehicle for enterprise AI.

What Lies Ahead for the Next Quarter?

NVIDIA put forth guidance of $2.95 Billion (+/- 2%) for the fiscal 4th quarter, which sits below the consensus $3.07 Billion. This can be attributed to seasonality, especially with the gaming segment. I am sensing a wave of conservatism from recent earnings calls and NVIDIA seems to be fitting that mold. With seasonality a known factor for NVIDIA, it isn’t surprising to see the guidance a bit lower. I also think the China US landscape is impacting numbers as uncertainty continues to loom with no end in sight to the trade conflict.

I remain bullish overall on NVIDIA. This quarter represents its 4th consecutive beat on earnings and although some numbers haven’t returned to FY 18 highs, the company is making strides in core business units (Gaming, Data Center) as well as significant strides in emerging spaces like AI inference which is going to be an important battle front for the company.

I expect competition to stay fierce in the AI space, but NVIDIA’s long held leadership in AI training has set the company up well to emerge as one of, if not the leader in the AI evolution. Recent benchmarks set by the company along with launches like Jetson Xavier NX for Edge/IoT AI reflect its ambition and while some of these items don’t yield short term quarterly beats, they are reflective of stability and market share gains that will stabilize growth over the coming years making the long-term outlook compelling for NVIDIA.