As 3GPP, the organization responsible for developing global wireless and 5G standards, finally unveils Release 16 this month (look for our separate summary of the most important new features of Release 16), I am reminded of the critical role that fundamental technology innovators play in the creation of economic value. The wireless industry is a particularly interesting value-creation and value-transfer ecosystem to spend a few minutes on, specifically because so much of the fundamental innovation that makes it scalable is so open and accessible through a combination of standardization and market-friendly technology licensing.

Before we get too far into our discussion, let me provide some context for what I mean by value-creation and value-transfer. Consider the state of the mobile economy today (pre-COVID):

To help put these numbers in perspective, in 2018 alone, the mobile industry directly employed 14 million people worldwide, with another 17 million jobs indirectly supporting the mobile industry. Also in 2018, mobile technologies and services generated nearly $4 trillion (with-a-T) in global economic value (or 4.6% of GDP). That economic value is expected to grow to $4.8 trillion (4.8% of GDP) by 2023. In addition to this trend, 5G technologies on their own are expected by IHS Markit to enable $13.2 trillion in global sales by 2035.

All of that to say that the mobile industry is, in and of itself, a massive global economic engine. And not just an economic engine but an engine of opportunity: Opportunity for enhanced manufacturing, logistics, transportation, security, healthcare, defense, education, entertainment, applied sciences, and smart infrastructure.

The five cornerstones that make such an engine of economic opportunity possible are:

Without turning this article into an in-depth exercise in reverse-engineering how nearly 5 TRILLION dollars per year in overall value can be traced back to 30 to 50 billion dollars per year in R&D spend, I do want to give you some notion of how, when all five of the above cornerstones are present, healthy, and in harmony with a particular industry, the value initially created by fundamental innovation, and shared through fair technology licensing terms, can grow exponentially, and ultimately benefit consumers, licensees, and investors far more than they benefit the original IP holders themselves.

Mobile Innovator Revenue is Only 6% of Overall Mobile Industry’s Overall Value, and Licensing Revenue Amounts to Less Than 1%

Consider, for instance, that the combined annual sales revenue* for the biggest contributors to 3GPP standards** and the most prolific developers of fundamental wireless IP in 4G and 5G adds up to roughly $302 billion per year. While impressive in its totality, despite their importance to the development of standards and fundamental technologies, that total only amounts to 6% of the entire mobile industry’s annual overall value.

That fraction becomes considerably smaller when you focus exclusively on the technology licensing slice of that revenue pie and its relationship to the total value output of the IP being licensed: The aggregated licensing revenue for the mobile industry in 2018 amounted to roughly $10 billion. That comes to less than 1% of the $1.2+ trillion in annual revenue from handsets, infrastructure, and operator revenue combined. Additionally, it constitutes a mere fraction of 1% when you also include the overall benefit and productivity gains from mobile technologies, which amounted to over $4 trillion in value that year.

That is how insignificant the cost of accessing technology through licensing really is in the mobile industry, despite what you may have read or heard in recent years.

Compare the cost-benefit ratio of that model of open technology licensing in the mobile industry to the cost-benefit ratio of more aggressive business models favored by some immensely successful downchannel licensees of those same technologies, who complain about the “high cost” of licensing while simultaneously charging 30% and 15% of a company’s revenue to access their walled gardens. Clearly, the cost of technology licensing in the mobile industry has not been an impediment to its growth or success, quite the contrary, and if anyone ever tries to tell you otherwise, whether it is the FTC, a handset OEM, an Industry Group, or a Twitter pundit, they are either gravely misinformed or lying.

Looking at annual R&D spend now, which for most companies tends to fall far below 20% of total revenue (and some well below 10%), these four companies together, by reinvesting somewhere between $30 billion to $50 billion of their licensing revenue right back into their R&D efforts annually, manage to help nurture and perpetuate the combined technological and economic platforms upon which nearly $5 trillion in value is built annually across the world. That’s the model, and the natural equilibrium it has reached in the last decade.

You don’t have to be an economist to grasp how massive that ROI is, and how beneficial to the entire mobile industry (and to consumers) that model of R&D reinvestment from technology licensing revenues currently in place around the world has been, and continues to be as we enter the era of 5G.

In Closing, Don’t Mess With a Model That What Works So Well For Everyone

If you walk away with only one insight from this article, let it be that the amount of revenue generated by the mobile industry’s fundamental technology IP holders through royalty payments amounts to barely a fraction of those portfolios’ total value output. Don’t mess with that. This model works. The numbers don’t lie. Any effort by regulators, handset OEMs, or whomever, to upset that model, to try and paint technology licensing as some sort of anticompetitive force or onerous scheme that causes harm to competition and/or consumers, should be rejected outright. Whenever that argument rears its head, and it does with predictable regularity, always look at the numbers, and particularly the cost of accessing technology as a percentage of the value that it creates. That’s where the real cost-benefit value equation of technology licensing lives.

Like every big ecosystem model with big impact and lots of moving parts, thinking about technology licensing in its full scope requires BIG thinking, not short-sighted quarterly thinking: Yes, perhaps in the short term, a few very successful companies could very well benefit financially from lowering their cost of accessing technologies that their products depend on. But in the not-so-short term, innovation will stall without adequate funding. Any successful attempt to reduce fundamental innovators’ licensing revenue will choke funding to R&D across all industries, not just mobile, and it will trigger a reverse-snowball effect of defunding and slower innovation that will make the United States less competitive against global rivals like China, and give fewer incentives to companies and consumers to spend their hard-earned cash on new technology products. We cannot go down that road.

Again, the five cornerstones that make this engine of economic opportunity possible are a well-funded and staffed ecosystem of R&D and innovation, an academic pipeline that nurtures and develops top R&D talent, an economic model that makes investing in – and funding of – R&D and innovation profitable, a legal and regulatory environment that protects patent holders and promotes strong IP rights, and a fair, reasonable and non-discriminatory (FRAND) technology licensing model that allows innovators and IP holders to license their IP – to companies of all sizes, from startups to the enterprise. This is how we leverage technology innovation to build solutions, scale the value of that initial IP, and create entirely new markets for goods, services, and experiences.

The NVIDIA A100 Is Now Available On Google Cloud

Image Credit: The Next Web 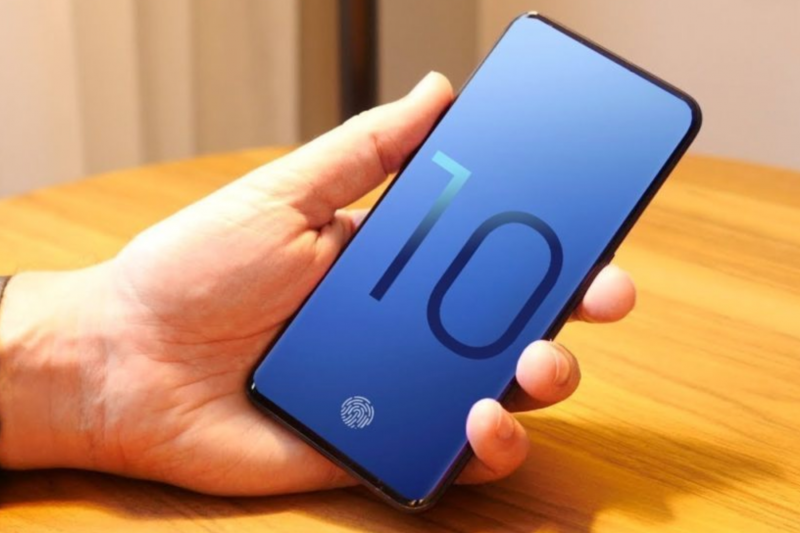