Mixed Reality Reboot: Could It Finally Take Off? 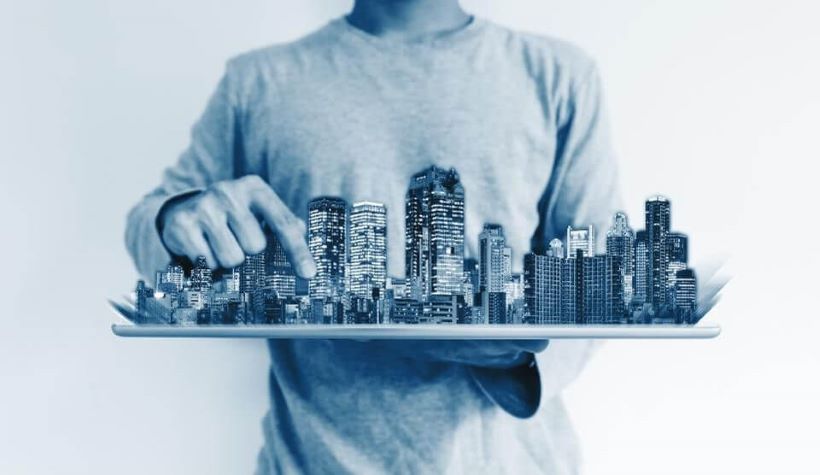 Mixed reality may finally be finding its niche.

Before I even left for this year’s Mobile World Congress (MWC) in Barcelona, I knew mixed reality would be a big part of the conversation. The exciting part for me now, having seen the advancement of mixed reality up close, is that its developers finally seem to understand their audience—and it’s not the average consumer.

In the past, we’ve seen a whole lot of augmented and virtual reality tech that is fancy and immersive and exciting, but fairly useless from any practical standpoint. At this year’s MWC, however, we saw that developers are getting on board with seeing mixed reality as a practical tool that can save companies time and money. It’s about real-life applications, not video-game style experiential immersion—at least for now. And I think it could finally be the thing that pushes mixed reality into the mainstream.

By far, the biggest player in mixed reality this year was Microsoft’s HoloLens 2. I have to hand it to Microsoft for sticking with this product—incorporating customer feedback (largely in the form of complaints) and developing real, meaningful use-cases that companies can use to improve their bottom line.

What’s new about HoloLens 2? It’s focused on being more comfortable, less clunky, and having a larger field of vision. It’s better able to detect real physical objects. It features new sensor components like the Azure Kinect sensor, an ARM processor, and eye-tracking sensors. What about the other big players mixed reality? Honestly, there wasn’t a lot to be hyped about. Mattel shared some concepts for mixed reality in play. (Still not quite sure how it related to children actually playing.) But for the most part, other VR players seemed more interested in 5G applications that could eventually support VR than they are about VR at this point. I commend Microsoft for sticking with it, even when the going is somewhat tough.

Mixed Reality: It’s Not 100 Percent There. Yet.

I always love seeing honesty when people share their developments at shows like MWC. It’s highly inspirational for me to see a company say, “You know what—we did our best. We didn’t nail it, but we’re trying. Here’s what we are still working on.” That’s exactly what Alex Kipman, who heads up HoloLens 2’s development for Microsoft, did at this year’s show. In fact, he recently stated flat out, “This is the best, highest watermark of what can be achieved in mixed reality and I’m here to tell you that it’s still not a consumer product.”

Kipman went on to point to pricepoint (a very corporate $3,500 per pair), “eh”-level immersive experience, and still semi-lacking comfort level for his conservative assessment of the product. That doesn’t mean mixed reality is a bust—by any means.

When it comes to technology, you gotta start somewhere. I think HoloLens 2 is a great launching point for enterprises who are looking to train, triage, and save on travel for a wide variety of use cases.

For instance, companies like Barloworld are using AR to help service engineers in remote areas video chat to avoid lengthy travel if problems can be solved remotely. Spain’s Allianz saves 6.3 kilometers of travel a year letting loss adjusters review claims by video. Are these exciting examples? It depends who you ask! For the average game-playing, experience-loving consumer, no. But for companies seeking to use technology to save time and money, the answer is a resounding yes. That’s why this focus on mixed reality for the enterprise is so exciting to me.

Mixed Reality: The Year Ahead

What we learn from MWC each year is the trajectory of high-tech for the year to come. I think Microsoft may inspire some other companies to revisit the concept of mixed reality, seeing that there are in fact real and valuable use-cases to be had right now, even without the bells and whistles that we’ve all envisioned with VR. As it turns out, sometimes tech doesn’t have to be sexy. It just has to offer value to the customer, and that’s what HoloLens 2 does (or at least aims to.)

I’ve said it before and I definitely will continue to say it, but I think the tech designers that are helping us look up from our phones, tablets, and computers while accessing and interacting with data are making a huge step in the right direction. I foresee a rich ecosystem of development kits that enable developers from all over the world, not just big companies, to build tools that will change the way we do business.

Regardless of where your company is with AR, VR, or mixed reality, my main takeaway here is that it’s time for all of us to start thinking of ways that mixed reality could start enhancing our business performance. Where could we incorporate it into training? Where could a $3,500 headset save tens of thousands in travel expenses? Where could it prevent millions in worker’s compensation? Where could enhanced training with mixed reality take your company to the top of the industry, rather than leaving you somewhere in the middle of the pack? Microsoft and other high-tech do-ers will figure out the snags behind mixed reality. It’s your job to determine how to use it to your benefit when they do.