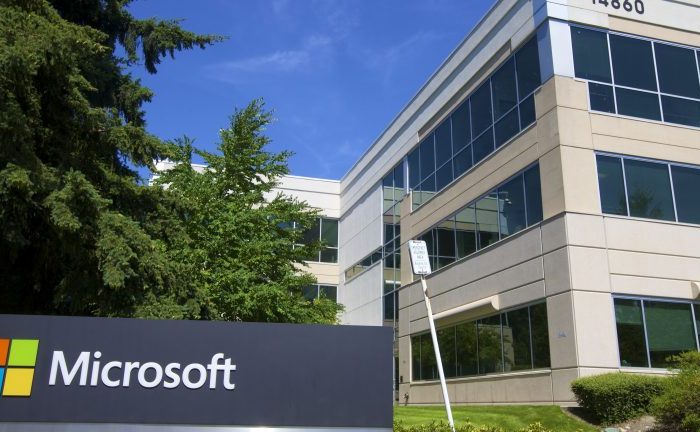 Revenue increased 14% on an annualized basis in the first quarter of Microsoft’s 2020 fiscal year, which ended on September 30, according to a statement. Read the full story on CNBC.

Analyst Take: The sentiment ahead of this week’s earning announcement was overwhelmingly positive, and the actual numbers reported didn’t disappoint. Microsoft has been consistently sitting as the market’s most valuable company by market cap, only to see Apple once again surpass it, but I speculate that this shift will be short lived. The key difference being Microsoft continues to deliver whereas Apple seems to be propelled by fumes of its glory years of a decades past. I digress…

Let’s dig into Microsoft earnings for this quarter.

Growth Across the Company, Mostly.

As background, here is a look across the Microsoft segments over the past 12 quarters. It’s easy to see the company has a lot of green with the biggest growth coming from Azure and Office 365, but across the organization growth has been mostly stable with gaming being the only laggard over the past few quarters. Windows Server and Dynamics have been bright spots for the company as well as various attached services. 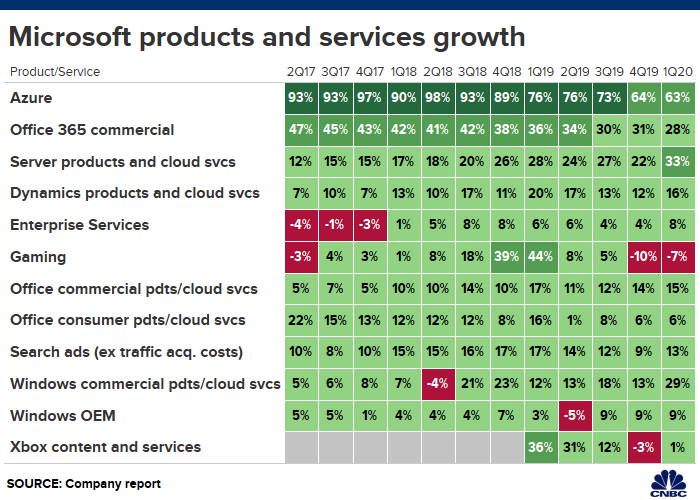 Yes, one quarter ago Azure growth was 64%, and yes, 59% is less, but the growth trajectory continues for Azure and just like Microsoft’s fiercest competitor in Cloud, AWS, as the overall number grows, the growth rate will likely become a bit lower.

In short, 59% is very good and Azure continues to gain momentum. Anyone who is indicating something different probably doesn’t know that they are talking about.

Looking Ahead: Guidance Solid, but lower than Revfinitive

Microsoft provided guidance for the next quarter at 35.15-35.95 Billion whereas Revfinitive was looking for a number just over 36 Billion.  However, with expected cost of goods being significantly lower, Microsoft is showing improvements in margins, which should offer promise to another solid earnings next quarter if the company meets its own guidance.

Overall, Microsoft continues to perform admirably with growth, revenue and earnings all exceeding expectations. I have little reason to think that these trends aren’t sustainable for the near-term as the segments where Microsoft is investing including Cloud, Productivity and Gaming are all growing substantially, with a long ramp of growth as enterprise cloud is still at less than 25%.

Beyond Cloud, which gets a lot of the attention, Microsoft is also seeing consistent strength in Office 365 as well as Dynamics 365 with the latter being an interesting growth platform to watch with Microsoft much more formidable to take on the likes of Salesforce, Oracle, SAP and other legacy CRM/ERP leaders.

Microsoft earnings appeared to be just another day at the office for Nadella. All winning, with more of the same awaiting on the horizon.