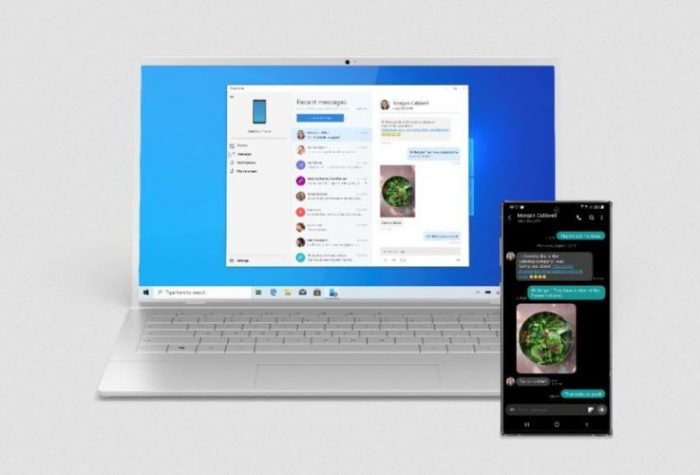 Microsoft and Samsung’s partnership in building out an ecosystem that can rival Apple’s is getting stronger than ever.

So strong, in fact, that Microsoft CEO Satya Nadella made a surprise appearance during Samsung’s Unpacked 2019 event, where the new Galaxy Note 10 smartphone was announced on Wednesday.

The first step of the partnership is to make certain Samsung smartphone features seamless and compatible with your Windows computer. Read more news on the announcement from Business Insider.

Analyst Take: It has been one heck of a big week for Samsung as they had their Note 10 and Note 10 Plus launch along with the upcoming availability of their 5G version AND the launch of a pretty compelling new ACPC with 23 hour battery life. For Microsoft, it seems pretty much every week is a good week as the company continues to ride high under Satya Nadella.

At first glance, I was thrilled about this partnership, but I have to leave it as a partnership that I’m “Potentially thrilled” about because I see some pretty big limitations if competing with Apple is the objective.

Apple has a relatively small percentage of all smart devices, but their adoption of iMessage (and the loyalty it creates) is so high because of the experience it offers; especially if you have Mac devices at your desktop. And anyone with an Android who has ever tried to do group chatting with a bunch of iPhone users know how lonely it can be with those green text bubbles.

On the one hand, I believe this type of partnership is way overdue and I’m so glad Samsung chose the most logical and capable partner in Microsoft to help them do it. Apple iMessage has long been an insurmountable obstacle as it pertained to users migrating off of the platform. With over 80% of smart devices globally being android based, having a solution that can potentially create a more compelling messaging ecosystem from desktop to device will be a game changer.

Having said that, I don’t for a moment believe this will be an easy win for Samsung and Microsoft. First Samsung will need to move this capability quickly beyond the Note 10. Then they will likely need to be very considerate to moving it beyond just Samsung. The real opportunity will be these companies building something that any Android user can ultimately leverage. If it is just another iMessage developed for a small subset of devices, it will have a hard time catching on no matter how well it works.

This is a good start, but scale and adoption will be everything if they really want to give Apple a run for their money. So far, similar attempts like “Your Phone” have fallen flat. To win, this has to have a vehicle to go far and wide in the Android ecosystem (an App could work?)  However, like I said, Microsoft today is a different company, with not only resources, but a true desire to drive innovation. This would be a huge coop for the company if they can pull it off and if there are any two companies right now that have the ability to do it, it will be Microsoft and Samsung.

Samsung Note 10 Series Devices Are Gorgeous, But Will It Sell?