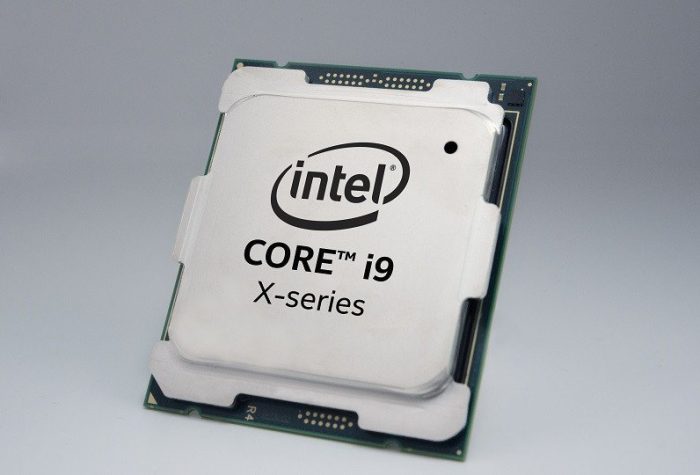 The News: Intel is slashing the price of its next generation Core i9 X-series processors for the high-end desktop market by up to 50 percent. The Santa Clara, Calif.-based chipmaker announced on Tuesday that a new line of Core i9 X-series processors that will launch in November will pack bigger bang for the buck for enthusiasts, content creators, overclockers and small businesses. The processors feature up to 18 cores and 4.8GHz in turbo clock frequency, but what’s most notable is the pricing: the processors are 40-50 percent cheaper than the previous generation. Read the full news release on CRN.

Analyst Take: Between CPU shortages and AMD’s aggressive competitive market positioning, Intel has seen one challenge after another in the CPU space. The announcement of significant pricing reductions across its new i9 X-series processors shows a level of ambition that Intel has needed and I believe it will lead to sales stemming from not just net new CPU purchases but also refreshes where higher performance computing capabilities are required.

Why Intel Is Making This Bold Move

Intel is certainly trying to address market challenges ahead of AMD’s inevitable next generation of Threadripper technology. This puts the onus, for the first time in sometime, back on AMD to answer Intel’s move. This price cut also provides Intel strong market position to address AMD’s delayed 16-core 32-thread Ryzen 9 3950X that will (soon) land on mainstream platforms for a mere $750USD.

What is New in this series

The new Core i9 X-series (AKA Cascade Lake-X processors) feature higher clock speeds and a new Turbo Boost 3.0 implementation. They also support more RAM capacity at faster speeds, and bring more PCIe lanes. The chips are set to be available in November 2019 and also come with some notable technology additions (see graphic below) at both the chip and the platform level. Intel has also infused more of its hardware-based security mitigations into the silicon.

Just How Important Is This Move? (Verdict)

I believe Intel really needed to make a strong statement like the one that is being made here with the price drop on the Core i9 X-series. While I typically don’t get excited about price drops, we are talking about CPUs to power high-end PC’s, which enterprise buyers are going to be seeking to purchase in volume as refresh cycles continue. This pricing will allow Intel to compete more closely with AMD at the high end of the market.

Also, as mentioned above, I am interested in watching for AMD’s response. We have seen the company trade blows with NVIDIA on GPUs in a similar fashion where the companies are trying to outfox one another ahead of and around new launches by tinkering with pricing and pushing competition and innovation. As an analyst, this move is encouraging and puts Intel on the front foot. As a consumer, there is a lot to like about faster, more capable machines for less. A win on all fronts…

Here is a visual of the new series as well as price comparison with the AMD Ryzen Threadripper Series. 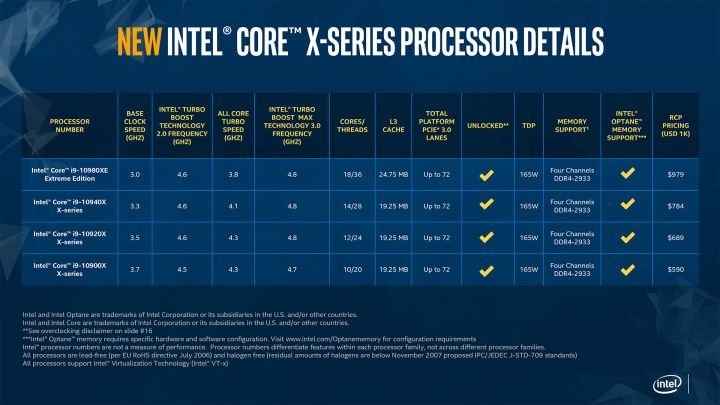