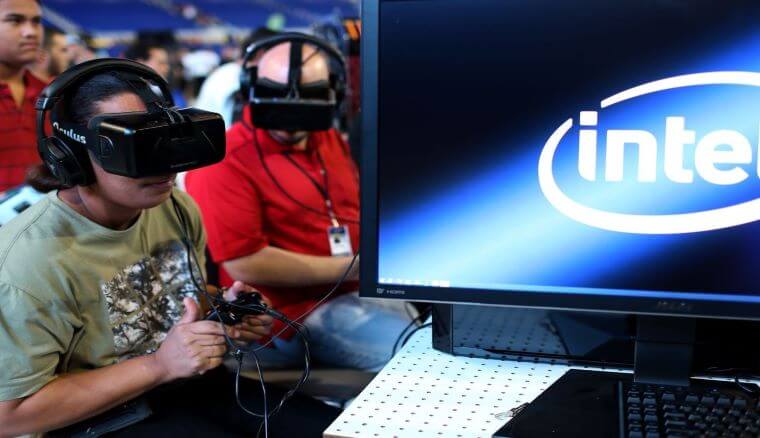 Intel’s most recent strategy has been to focus on expanding its market opportunity. Driven by its data-centric strategy with a total addressable market (TAM) of over $300 billion, the chipmaker expanded into automotive, internet of things (IoT), networking, artificial intelligence (AI) and more.

The diversification strategy made for a compelling story. But beneath the surface, there were cracks in the foundation that included delays in new process nodes, market-share losses to key competitors, failed endeavors in mobile 5G and missed opportunities in artificial intelligence. The larger TAM patched over a number of issues, but investors have remained wary about Intel’s broad execution woes.

During this period, market sentiment toward Intel INTC, +0.54% became noticeably more negative. Bearishness left the stock price stagnant for much of 2019 and 2020, trading mostly within a range of high $40s to low $60s, even as semiconductor peers including Advanced Micro Devices AMD, +1.11%, Nvidia NVDA, +1.82%, Taiwan Semiconductor Manufacturing TSM, +2.08% and Qualcomm QCOM, +0.08% rebounded from Covid-era lows, and then surged as markets recovered. From early 2019 through 2020, AMD saw its share price more than quadruple, while Nvidia tripled.

The arrival of Pat Gelsinger as CEO was pivotal for Intel. After this sustained period of process delays and supply chain woes, there was much to be fixed. Bob Swan quietly managed to make a lot of progress, but, despite his best efforts, including several outperforming quarters, Wall Street and the tech media wanted more. After Apple AAPL, +1.08% publicly pulled the plug on Intel, committing to move its Mac line to Arm-based processors, it felt like Intel’s best days may be behind it.

But not all was lost for Intel. As Gelsinger took the helm, Intel, despite all the consternation, had been able to keep its market share in servers at 90% and in PCs at 80%. By almost any standard, that would constitute a remarkable result.

But those numbers had slipped from 96% for servers and over 90% for PCs in just a few years as AMD CEO Lisa Su was relentless in capitalizing on the market opportunity left by a weakened Intel that was struggling for identity, culture and technology leadership.

While this left Intel wounded and AMD stronger, Intel through its brand strength, marketing prowess and robust ecosystem held its business together well. I remain steadfast that Intel’s demise has been widely overestimated. Gelsinger came into a difficult situation but benefitted from a strong foundation, setting the tone for a more ambitious Intel under his leadership.

This week, Gelsinger poured gasoline on Intel’s proverbial fire, delivering a mix of announcements that were both opportunistic and strategic —and arguably a perfect blend of the two.

First, in a historic moment of weakness for the semiconductor industry, Intel committed to building two new manufacturing facilities (fabs) in Arizona with the aim of additional fabs in the U.S. and Europe.

With the shortage impacting global supply chains at the current moment, we aren’t collectively in a position to fix the short-term, but there is an opportunity to rectify the situation in the future. Which is why this announcement mattered so much. Intel coming out at this moment with such a major investment commitment almost has a heroic feel, despite the fact nothing announced will immediately rectify the situation.

Next, Gelsinger announced the company’s new Intel Foundry Service (IFS). This isn’t entirely uncharted territory for Intel; the company has dabbled at this in the past. Still, the formal announcement of the formation of its foundry service marks a significant growth opportunity with a $100 billion TAM by 2025. It also serves as a diversification play that enables Intel to benefit from the exponential growth in digital, the success of fabless chipmakers like Qualcomm and Nvidia, and the ability to partner to serve the flexible needs of hyperscalers like Amazon’s AMZN, +0.80% AWS and Microsoft’s MSFT, +1.38% Azure.

Regarding both the new fabs and the foundry (IFS), the company is also addressing and positioning itself to benefit from potential national security implications. For instance, the prospect that U.S. and European governments could begin mandating more chips to be produced on U.S. soil by a U.S. company — de-risking the reliance we have currently with semiconductor production overseas across Asia. And, while Samsung has domestic manufacturing, and TSMC’s fab is in progress, Intel has the benefit of being U.S.-based. For this particular requirement, it could at some point prove to be a competitive advantage, especially in highly regulated industries.

During its darkest periods, Intel was advised aggressively to do more manufacturing with TSMC and Samsung, and some activist investors such as Dan Loeb even suggested the company go fabless to meet its demands and to keep up with the competition. The company largely veered away from this strategy, but also changed its tune in its IDM 2.0 announcements. Intel now says it will partner with fabs like TSMC to handle the gap to meet its need for high-performance CPU Tiles —shortening the time to parity with AMD, for instance, as both will have access to TSMC 3nm

Make or Break on Execution

Gelsinger has been honest about Intel’s woes over the past few years. I appreciate this type of honesty, and it is an excellent first step to rebuild trust. In his remarks during a CNBC interview Wednesday, Gelsinger referred to what he calls the “Say/Do” equation. As in, does the company do what it says, and moreover, that this is how Intel should be measured going forward. As I see it, this may be the most important takeaway from the entire IDM 2.0 announcement in terms of setting the market perception of Intel in the future. Does the company do what it says it will?

The lack of doing what it says has been Intel’s disconnect from the market for many years in manufacturing and ML, and this is what Gelsinger is acknowledging must be rectified. With most of the biggest benefits of this week’s announcements being set to impact results in 2023 and beyond, the company’s shorter-term outlook will be a byproduct of its ability to protect the market share it still has, while executing near flawlessly on each iteration of its process and delivering on all of its market commitments.

If Intel can do both, it has a long-term approach that warrants greater appreciation from shareholders and analysts. However, no mercy has been given to Intel for its past missteps, and I don’t expect that to change. Yet, it’s hard not to buy into the vision and potential of what Gelsinger is touting as the future of Intel.