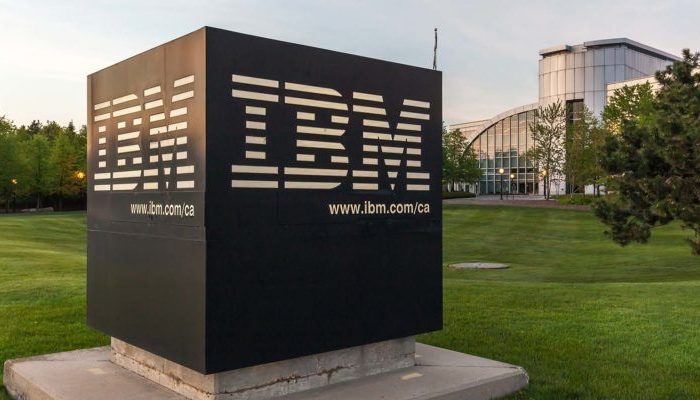 Here’s how IBM did:

IBM’s revenue has now dropped for five straight quarters as growth in the company’s cloud business hasn’t been able to make up for declining sales in its services, hardware and financing businesses. Revenue in the third quarter fell about 4% on an annualized basis, IBM said in a statement, even with contributions from Red Hat, an acquisition that closed in the third quarter. Red Hat revenue grew 20% in the quarter, up from the 14.8% growth in Red Hat’s last quarter as an independent company. IBM’s revenue has now gone down for the fifth consecutive quarter. Read the full news item on CNBC

Analyst Take: The end of Q3 marks the 5th straight quarter of declining revenues but this doesn’t mean that IBM had an entirely bad quarter. Let’s look at some of the hits and misses and provide some insights as to where things may be heading.

Red Hat: Off We Go

Red Hat has been a big focus since the announcement of the acquisition, but  Q3 represented the first full quarter where Red Hat was officially part of IBM.  The solid ~20% growth of Red Hat is promising, however, IBM will need more than just OpenShift subscriptions if Red Hat is to be significant enough to the IBMs top line to warrant the $34 Billion dollar investment.
With Hybrid Cloud being a focus of big tech from AWS and Azure Stack to Dell, Cisco and HPE, IBM will need to build a solid execution model where Red Hat can be taken to market by the IBM sales teams to create revenue lift through improved sales coverage, this will be critical for top line revenue.  However, this a challenging market and IBM will need to ensure the best and brightest Red Hat engineers do not continue to leave to the likes of VM Ware, Nutanix or the big hyper scale cloud vendors like Google, Azure and AWS.

Is There a Cloud Renaissance?

Speaking of big cloud vendors, IBM has gone a little bit quiet in the IaaS space, but I believe this is also partially because of Red Hat and the company shifting its strategy from trying to compete with the public cloud to having a strategy more around delivering cloud native in hybrid environments.

Compared to the big cloud providers the revenue and growth percentages are still relatively small, but in a company like IBM that is struggling for growth, these numbers reflect positive momentum and should be encouraging to investors. Having said that, I would like to see this level of growth stabilize for a few quarters to be sure this growth isn’t an anomaly.

What is Happening in Global Services?

IBM services, which is made up essentially of its Global Business Services and Global Technology Services continued to grow Global Business Services unit, with revenues up for the fifth straight quarter to $4.1 billion, led by a significant increase in consulting revenues (up 5 percent). Margins increased 110 basis points as IBM continues to focus on higher-value projects with clients.

On the other hand, the revenue miss, was at least partly driven by GTS. The company believes it is having success helping clients handle the shifting needs of cloud architectures, and it focused on its increase in deal flow (up 20 percent). However, this important business unit  fell short of expectations.

Services will continue to be important to the bottom line and the company will need to push the envelop on its service businesses that should see some opportunities in the post Red Hat era where Cloud Architectures requires more support as enterprises ramp up investment in Cloud, Containers, AI and Analytics.

Systems Will Recover on z15

While Systems includes more than just the mainframe business, the mainframe has been an incredibly profitable part of IBM and this quarter marked a significant transition as the company launched the new z15 to replace the z14. This also led to a tough quarter as the systems group overall missed by over 13.8%.
It’s important to point out that the mainframe has a longer tail (8-10 quarters). The previous mainframe cycle came to and end in early September when IBM announced the new z15.  IBM is likely  key customer who typically upgrade in the first two quarters when any new box is announced.  These 50 or so early adopters are typically the biggest spenders in the cycle.  If IBM Systems is to recover back to growth then IBM needs to execute solidly on the deals it has in its pipeline.  Having been briefed recently on the new z15 the focus on Security, Hybrid Cloud and Compression will resonate with clients, it now just down to solid sales execution.

The street is always impressed by growth and that is the one thing that IBM has struggled to deliver, but that doesn’t mean that the company isn’t doing things that should keep investors happy. A slight beat on EPS as well as early promise coming from the new acquisition of Red Hat should certainly give investors something to feel positive about. Also, the ~4.5% dividend is being paid out while significant chunks of debt are all being paid down following the Red Hat acquisition.

It’s worth noting that the company is also on track to deliver its estimated $12.80 full year EPS.

Having said that, I would like to see more growth, and I think this has been a constant challenge for IBM, but at this point, the longer view needs to be taken because the company is positioning itself in a number of important growth markets including Hybrid Cloud, Open Source, Blockchain, AI and Quantum; all areas where IBM is heavily invested.

In shorter-term, it is the big deals from IBM Services and IBM Systems are going to be what determines whether or not the company returns to growth. Cloud growth will also play a part and certainly watching what happens to Red Hat and whether it can see double digit growth.

The next few quarters should be very telling. Lift from Red Hat and the new z15 box will be instrumental in any short term recovery. But all in all, IBM has shown solid fundamentals across its earnings, balance sheet and cash creation. So yes, growth is the hot button with investors, but this wasn’t a bad quarter, it just wasn’t good enough.