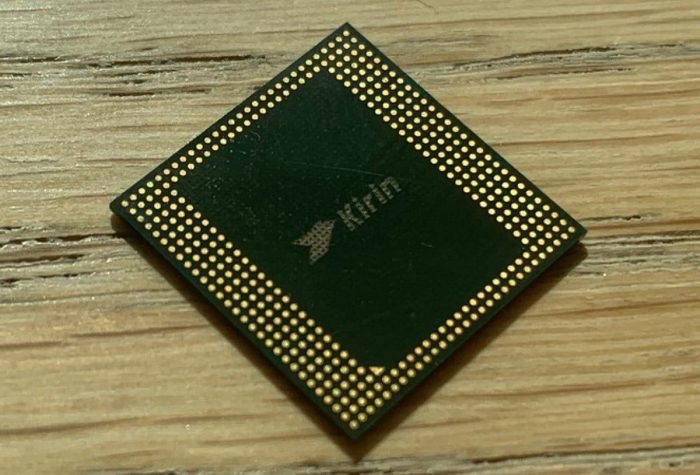 The News: Huawei’s year has been anything but good, but the company has pushed ahead with new technology introductions and smartphone designs. The Chinese firm has now announced its latest SoC, the Kirin 990. The new chip will ship in two flavors — the Kirin 990, and the Kirin 990 5G. These two chips are based on the same SoC design, but there are some significant differences between them.

First, the Kirin 990 5G is built on TSMC’s 7nm+ process node, which utilizes EUV. The Kirin 990, in contrast, is a standard 7nm design. It seems as though Huawei will be the first customer to ship a part that uses EUV for manufacturing. Huawei’s stated reason for using EUV for the 5G variant is that it allowed for a smaller die. Die size on the 5G part is larger than 100mm2, while the LTE chip is less than 90mm2. Transistor counts are also significantly different, with the LTE chip at 8B and the 5G chip at 10.3B. Read the full news story on ExtremeTech.

Analyst Take: This year’s Kirin 990 launch was an introduction to the company’s next generation of chips for smartphones including a 5G version. During the launch, the company made a series of questionable claims that required further examination as Huawei seemed to be taking credit for a series of firsts and other achievements that the company did not in fact have the right to claim. Let’s take a closer look

Actual: This claim appears to be just plain wrong. The first commercial 5G modem was the Qualcomm Snapdragon X50, which was announced in Oct.’16 and available in commercial devices Apr.’19. Upon further review, the GSA report of 5G devices, does not list any commercial device using Balong 5G01.

Claim 2: Huawei is the only one offering 5G SA – which makes it the best 5G solution.

Actual: This claim also appears to be (quite) incorrect. Qualcomm announced in Feb.’19 its 2nd-generation Snapdragon X55 5G Modem-RF System featuring support for NSA and SA architecture. In addition, it supports mmWave, Dynamic Spectrum Sharing and tight integration between modem and RFFE – as of this point, Huawei has not shown the ability to support any of these additional items.

Actual: While not as black and white as the first two claims, this claim also seems to be either a stretch of the truth or once again, just plain wrong. As it pertains to Huawei’s Smart Uplink Split, this technology has not received much interest from operators as 3GPP based carrier aggregation has proven to be a better option for achieving strong upload and download speeds in areas with weak 5G signal. Qualcomm could certainly argue that its x55 with tight modem-RF integration, Smart Transmit, Wideband Envelope Tracking, Efficient high-power UE and Signal Boost dynamic Antenna tuning for higher throughput enable equal, if not greater upload speeds in weak 5G locales.

Actual: Once again, not true and hasn’t been true for some time as this goes back to the Qualcomm X50. Both the X50 and X55 support 5G/4G multi-SIM, including advanced Dual Receive capability for high reliability paging on two SIMs

Actual: This is a legitimate step backwards for Huawei as its prior 5G solution was announced with support for 5G Sub-6 that were 2x the speed being touted by Kirin 990. Meanwhile, the Snapdragon X55 Modem-RF system supports peak speeds up to 7 Gbps DL (>3x those of Kirin 990). Kirin 990 also lacks of mmWave support to achieve the fastest 5G speeds.

Claim 7: Huawei provides the most advanced integrated design with 26% smaller board area compared to Snapdragon 855 + X50

Actual: This seems to be another case of being just plain misleading. According to a teardown report from IHS,  it was found that the current Huawei 5G solution has surprisingly large modem die size and memory requirement and concluded that current Huawei 5G design is “not as competitive in terms of cost, board area utilized as well as power-efficient.” Snapdragon features the comprehensive Modem-RF System for superior 5G performance

I find it convenient that Huawei continuously compares its new chips with generation old of chips from Qualcomm. As in, Huawei seems to release its new chips right before Qualcomm launches a new one, but does its marketing based upon the older version. While this isn’t breaking any rules, it is certainly misleading to the market. When Qualcomm formally releases its next chips in the near future it will be important to do an updated comparison as it should outperform the Kirin 990 in most areas.

The Kirin 990 and 990 5G are competitive chips but there seems to be a plethora of misinformation being portrayed to the market as it pertains to Huawei’s chip and its capabilities versus the competition. Qualcomm, in particular, seems to be the victim of the claims that are apparently inaccurate.

Additionally, I believe the next generation rumored Qualcomm Snapdragon 865 will significantly outperform the Kirin 990 making it the ultra-premium SoC moving forward so we should wait till December to make the call.

A Final Note: PC Magazine did a round up of the top Chinese devices (powered by 2019 premium SoC’s, Kirin 980 and Snapdragon 855) and only the Snapdragon devices won Editor’s choice and ruled in all benchmarks.