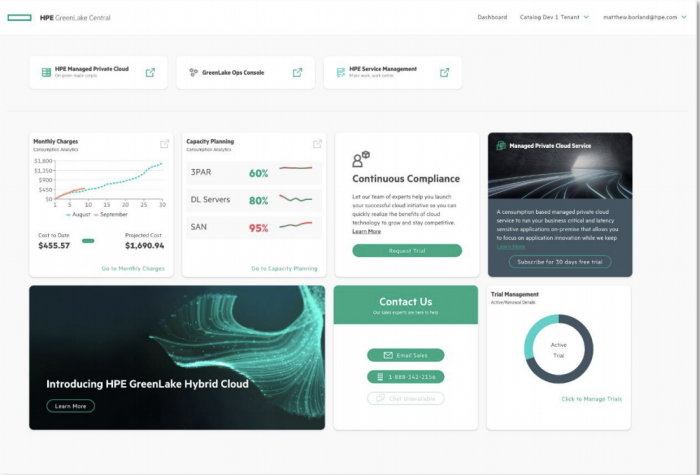 The News: For this research note, we are looking at two pieces of news that were announced earlier in December related to HPE’s Pointnext and GreenLake Businesses.

First, Hewlett Packard Enterprise (HPE) today announced the next major milestone in its strategy to deliver its entire edge-to-cloud portfolio as-a-Service, with the launch of HPE GreenLake Central, an advanced software platform that provides customers with a consistent cloud experience for all their applications and data, through an operational console that runs, manages and optimizes their entire hybrid IT estate. HPE unveiled HPE GreenLake Central today in a keynote address by Antonio Neri, President and CEO, at HPE Discover More Munich.

Additionally, Keith White, a proven cloud strategy leader, is joining HPE to lead the newly created HPE GreenLake business unit, reporting to me. I’m sure Keith White and our talented team will propel HPE GreenLake to even greater heights.

Keith comes to HPE with more than 20 years at Microsoft, where he played a central role in developing their end-to-end, go-to-market, and cloud business strategy. In his most recent role as head of their Intelligent Cloud, Worldwide Commercial Business, Keith played a key role in driving the significant growth of Azure over seven consecutive years. Keith also brings extensive experience in worldwide field sales and marketing, partner ecosystem development and business strategy leadership – all of which will be key elements of his role here at HPE. Read the full news items on HPE.

Analyst Take: Over the past year, I have been outspokenly impressed by HPE’s clear vision of moving its entire business portfolio to “as-a-service.” This was first announced by Antonio Neri at Discover 2019 and has been continually part of the company’s strategic communications during earnings, launches and other press announcements over the past two quarters since.

In December, the company seemingly has shown its roadmap a bit more clearly with the launch of GreenLake Central, which is essentially the user experience for consuming HPE’s Hybrid IT services that it has referred to as GreenLake. Additionally, the company made a big move in its executive leadership team bringing long time Microsoft executive Keith White over to head up the services business.

Let’s take a quick look at GreenLake, GreenLake Central and the appointment of Keith White.

With the announcement of GreenLake Central, the company took time to share the progress that has been made by the business unit (Graphic). What the numbers are telling me is that the momentum really started to take hold for the business in the third quarter with 42% YoY growth and a strong uptake from the channel showing nearly 127% growth. With the contract value of GreenLake now totaling over $3 Billion USD, the business is no longer marginal to HPE and with each passing quarter it is becoming an increasingly important part of HPE’s long term strategy. 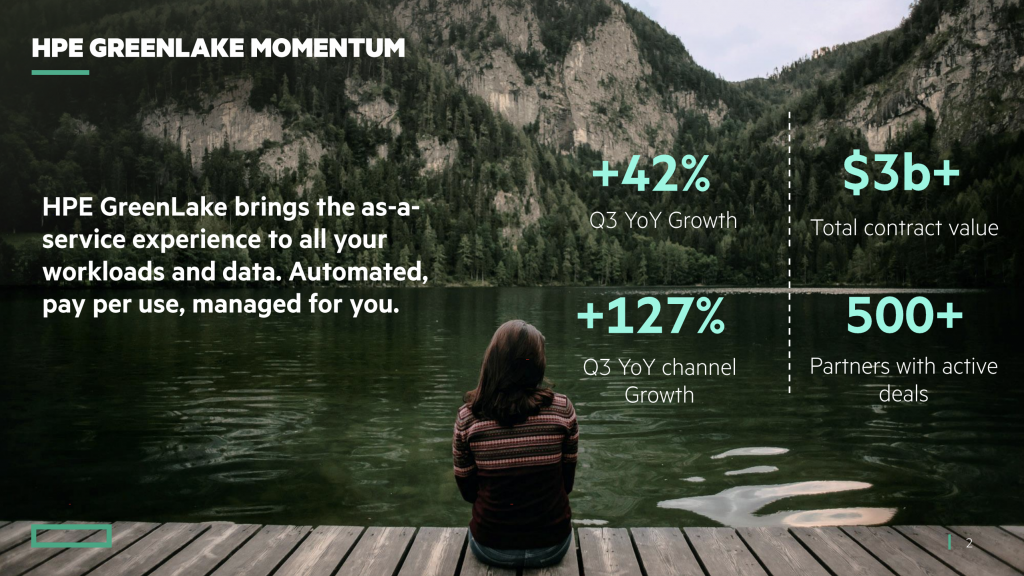 While HPE was one of the early proponents of delivering hybrid cloud/IT as a service in a model that more closely aligned to public cloud, what has impressed me has been the company’s ambition to make user experience a critical component of the launch. GreenLake Central, while it is new and I haven’t spent a ton of time in the portal, represents a UX that models more like what an ITDM would be used to working with AWS or Azure. This represents a more comfortable experience and when you add in GreenLake Central’s commitment to providing usage analytics along with optimization, it seems the company gets that it isn’t just about a new buying model, but about making Hybrid IT truly “As-a-Service friendly” 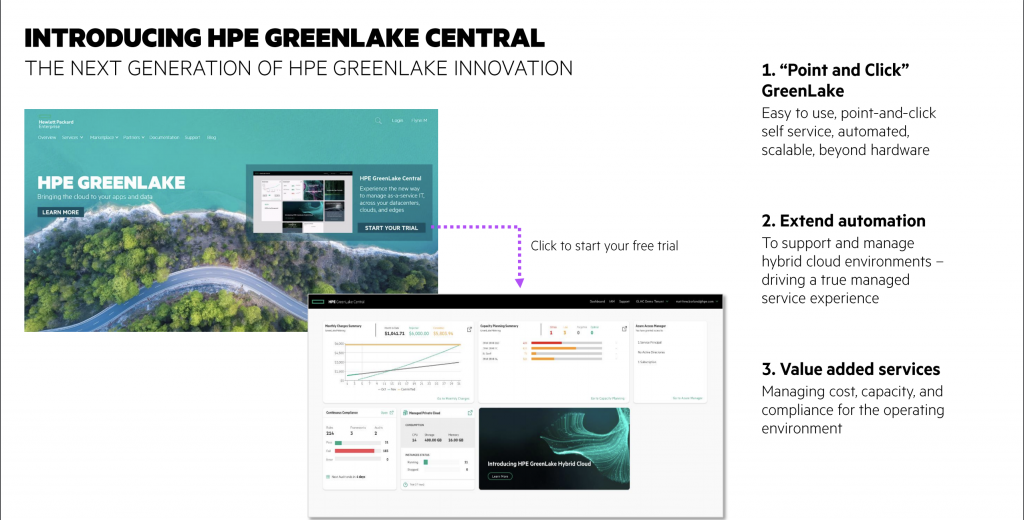 Just about every major OEM and Hyperscaler is playing in the hybrid cloud as a service space. From Azure Stack to Azure ARC to AWS Outposts to Dell Tech on Demand, the industry is aware of the shifting focus to multi-cloud and hybrid-cloud fabric. This serves as a massive market opportunity for HPE and all of its competitors. While I do think competition will be stiff, the growth in cloud and the challenges for enterprises will leave a lot of business to go around and HPE has strong roots in enterprise and GreenLake Central will definitely put it in a strong position versus other OEMs that may have consumption services, but none have a fully bake UX that can match up with GreenLake Central.

I am glad to see the formalization of a business unit committed to GreenLake. This should end some of the confusion that has existed with Pointnext Services vs. GreenLake as well as it shows that this business unit will be mainstay in the company’s long term ambitions. Keith White, while I haven’t met him personally, is coming from Microsoft’s Intelligent Cloud Unit where he had the responsibility for the commercial business. The trajectory of Azure and Microsoft’s Intelligent Cloud business has been nothing short of remarkable. His role in leading that business should be encouraging to HPE stakeholders, but I will reserve any further comments until his work for HPE can be measured over the next several quarters.

HPE’s momentum continues and the December announcements are further validation of the company’s commitment and execution of its everything as a service proposition. 2020 should be an interesting year for the company and you can be sure we will be watching the company closely.