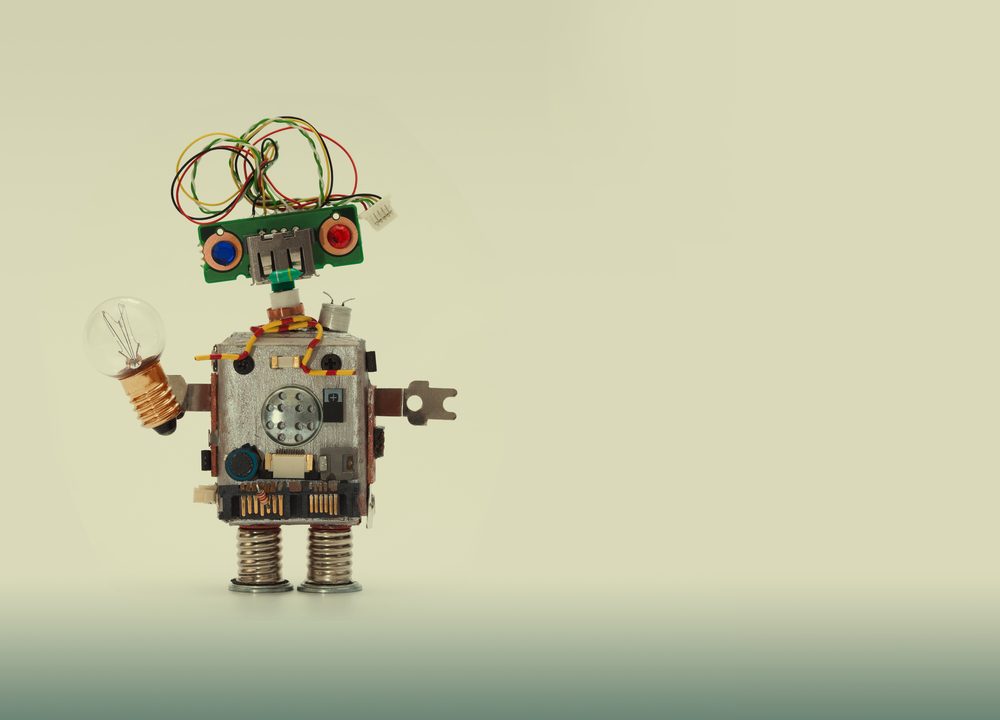 Awhile back, I talked about the role the Internet of Things (IoT) is playing in creating a new, fourth industrial revolution—one where logistics, manufacturing, quality assurance, and assembly jobs can be done tighter, faster, and better with the help of automation, AI, and the IoT. The truth is, however, the term industrial revolution implies that just one single industry is being revolutionized. In actuality, nearly every industry is on the brink of change. One big reason: the proliferation of smarter, cheaper, robots that can do increasingly human things.

Indeed, companies in every sector, from food to retail to healthcare, are increasingly turning to robots to complete lower-level jobs and free up humans to complete more strategic functions. Research shows nextgen robot sales will make up 2/3 of unit robot sales by 2025—up from just 22 percent in 2015.  While many humans may not be thrilled with the idea of their jobs being snapped up by metal-head competitors, the fact remains: the robot revolution is just beginning. It won’t be long before we see robots in check-out lines at the grocery story, checking passports at the airport, or monitoring crowds for safety during public events. The following are just a few examples, by industry:

Retail:  I’ve said it a lot on Futurum, but customer experience is huge in digital transformation, and one of the best ways to keep customers happy and engaged: to be there when you need them. Robots can provide the consistency, efficiency, and reliability that demanding customers want, be it in the form of faster robot-assisted check-out lines or more reliable inventory of the products you love the most.

Stores like Walmart are already using robots to help stock shelves, and Amazon has as an “army” of robots—45,000 strong—to fill customer orders. The best part: the work accurately, quickly, and they never get tired, even during the busy holiday season!

Manufacturing: Robots have been on the manufacturing floor for a long time, but that doesn’t mean their role isn’t changing. As artificial intelligence continues to advance, robots can now do increasingly challenging things in far less structured environments. They’re also a lot less clunky, meaning they have greater dexterity to perform far more sophisticated tasks.

For instance, researchers at MIT’s Computer Science and AI Lab recently created a tool called ComText (“commands in context) to leverage an Alexa API to interpret a user’s commands through a Baxter robot. In essence, if you say, “Alexa, tell the robot to pick up the wrench I set on the table,” Baxter will do it because of his machine learning capability to react to both semantic and episodic data. In a manufacturing environment, this could provide potentially life-saving support, for instance in stopping a malfunctioned machine. In that sense, it doesn’t just increase efficiency—it helps make manufacturing floors safer, as well.

Construction: Especially in the construction field—one of the least digitized and least automated industries in the world—robots have the ability to provide incredibly valuable support. They can help keep projects on track and budgets on course with a number of solutions like industrial 3-D printing, unmanned bulldozers, and other drones that can monitor progress, deliveries, and inventory.

Food: If there’s one sector that could benefit from the consistency robotic personnel, it’s the food industry.  Research shows fast-food specifically has a turnover rate of nearly 73 percent (2016). Indeed, it used to be that high school students flocked to local fast food restaurants for their first after-school jobs. In the future, however, some of those jobs—including taking orders, delivering food, and filling drinks—may be more reliably assumed by robots instead.  laces like CaliBurger have already begun using a robot called Flippy to manage its burger (you guessed it) flipping. The company plans to expand Flippy’s use to 50 locations by 2019. (See how he works here.) The benefits? He ensures food is always cooked with perfect consistency. Oh, and he never cancels when he’s running behind on his homework or needs to practice for the big game.

The examples above are just a few ways robots are making their way into the global mainstream. Soon, companion robots will also likely see an increase, especially in areas like senior housing that suffer from high turnover. Still, with a robot recently crushing an employee to death in Germany recently, I’d say we’re also at a revolutionary crossroads. How far do we go down the robot road before halting to question the safety of our decisions? When it comes to companion and healthcare robots specifically, that’s a question we can no longer ignore.