Facebook’s real challenge may not be what it thinks it is. 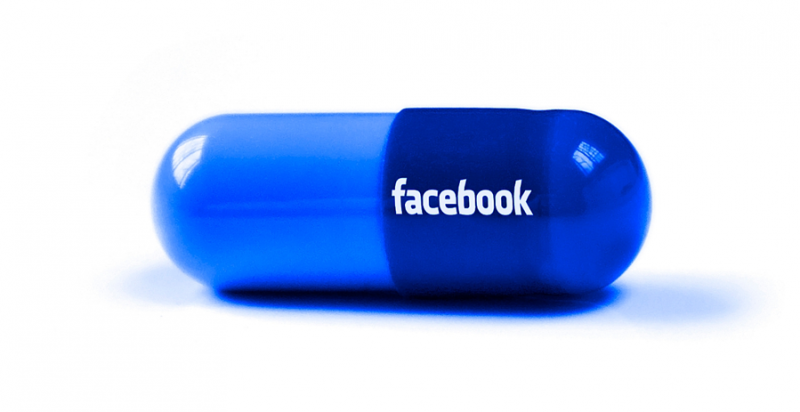 On this week’s episode of FTP (our very own Futurum Tech Podcast), we talked very briefly about the future of Facebook. No love, no hate, no optimism or pessimism… just what some of its challenges are, and what the company appears to be doing about it. What challenges, you may ask? We didn’t list them all, but my top of mind list is basically this:

And there’s a lot more where these came from. For all the success that Facebook has enjoyed in the last decade or so, its transition into social media incumbency looks to be as painful as Apple’s transition to technology incumbency has been in recent years: The once promising upstart, the cool new disruptive challenger, the rebel, the David to old tech and media Goliaths now finds itself sitting in its old enemy’s chair. Facebook, like Apple, is the incumbent now, the Goliath, the tyrant. And so, as Facebook transitions to its new role, its behavior changes with it. It isn’t because there’s something fundamentally wrong with Facebook or its culture, mind you. It’s just what happens when you stop being what you were and become something new. We see the same thing happening with other companies too, from Airbnb to Tesla. When you have spent your entire existence being a resistance fighter, it is hard to suddenly take on the responsibilities of a regent. Rebellion doesn’t prepare you to rule. Tragic as this may be, it is reality. And since nothing has prepared anyone at Facebook for this change, it still appears to be scrambling to find ways of dealing with it.

Just this week, two pretty notable examples of Facebook’s “adjustment” caught my eye. Both signal that the company is taking proactive steps to address at least some of the challenges in our handy list. The first was a story about Facebook deleting over 600 Russia and Iran-based accounts linked to influence campaigns (propaganda, misinformation, and sowing division among users). It is a pretty big deal for Facebook to be able to show that it isn’t just being vigilant but that it can actually identify and kill accounts responsible for the sorts of influence campaign it has been criticized for not policing on its own platform. As an outside observer of Facebook, it isn’t a stretch for me to predict that we will be seeing a lot more of this in the coming months. As an analyst with connections and sources almost everywhere, however, I can strongly suggest that everyone should stay tuned for more details about how Facebook is working to address these particular kinds of problems.

The second Facebook-related news item that caught my eye this week was the announcement that HP’s Antonio Lucio is joining Facebook as CMO. Lucio, who has been CMO at HP for the last few years, and was previously at Visa and Pepsi, will be replacing outgoing Facebook CMO Gary Briggs. Here are the most critical aspects of this change that you should focus on:

With that said, here’s the problem: Facebook is approaching all of this too predictably – and one might argue, like a lumbering incumbent. Take a step back and look at Facebook’s response so far: Slow to react, slow to understand its problems, slow to acknowledge its faults, slow to acknowledge responsibility, slow to come up with solutions. And now, what does Facebook do? It hires a CMO from a traditional corporate background. It’s what Ballmer’s Microsoft would have probably done. It’s traditional thinking. There is nothing innovative about it.

From where I sit, Facebook still seems convinced that its problems are programmatic in nature, and product-centric: How do we improve customer experience? How do we protect freedom of speech? How do we get users to trust us again? How do we make our company cooler? And those are valid, relevant, important questions to answer, but they are only part of the problem. The other part of the problem facing Facebook is that it has created something entirely new in the human experience: a global social channel that connects over a billion people through their devices. Nobody really knows what Facebook is, really, or what it does to us. It hasn’t been around long enough to allow researchers, psychologists, sociologists, and cultural anthropologists to study Facebook’s effect on human behaviors. We don’t know how much Facebook’s algorithms are changing the way we experience the world around us, how its filters really reshape reality for us, how our Facebook feeds may trigger and amplify positive and negative emotions. We don’t know exactly how Facebook may exacerbate anxiety, depression, paranoia, xenophobia and anger, for instance. We don’t know just how addictive it is, and how it may be rewiring our brains in some way. And so, many of Facebook’s problems aren’t going to be solved by AI tools, and new algorithms, and a new CMO, because part of the problem with Facebook isn’t Facebook at all. It’s us: the users. Our own psychological, emotional, and cultural vulnerabilities. And until we understand them better, and Facebook does too, we will continue to experience friction with a platform that may be far more influential and disruptive to human interactions and society than it realizes.

What Facebook needs, to move forward, isn’t just better products and an experienced CMO, it’s an embedded sociology practice. It’s a team of cultural anthropologist and psychologists and human experience experts who can help Facebook understand the impact that its products has on users, and consequently on society at large. It is the kind of thought leadership and research capabilities inside Facebook that can shed some light on why Facebook may possibly (directly or indirectly) fuel violence among users. What may seem like a freedom of speech issue to Facebook executives may in fact not be a freedom of speech issue at all. Facebook’s focus may instead need to be on human behavior, on better managing emotional triggers, on curbing certain aspects of digital addiction, on combating negative tribal impulses and antisocial behaviors. Psychologists and sociologists may be as important to Facebook’s future as a CMO and great UX developers, and not just to make Facebook more addictive, but to make it safer and more valuable to users.

And that, I think, is the crux of my thinking: Facebook stands at a crossroads today, and its two possible paths forward are these – either Facebook chooses to be a more addictive platform, or it chooses to be a safer, more value-based platform. It can’t really focus on both. Translation: Either Facebook becomes a craven digital drug company and ends up creating a toxic ecosystem oozing with addicts and monsters, or it becomes a cool downtown meeting place where people can share their lives and thoughts without everything turning into a shouting match or threats of violence. And right now, unfortunately, I’m not sure that anyone at Facebook is really looking at the problem exactly in that way. Worse yet, my worry is that, even if Facebook’s leadership did, the appeal of building a more addictive product might win over the notion that Facebook could be a lot more than just a cheap digital drug.

I guess we’ll just have to wait and see.