Dell Technologies On Demand: Dell’s Answer to On-Prem IT Consumption 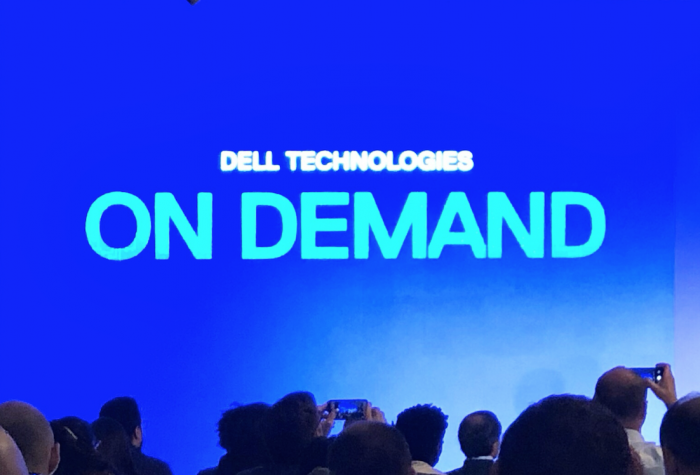 Dell Technologies (NYSE: DELL) is introducing Dell Technologies On Demand, a set of consumption-based and as-a-service offerings on the industry’s broadest infrastructure portfolio* that deliver IT with the agility of cloud and the control, performance and predictability of on-premises infrastructure. As part of this new offering, the company is expanding its extensive flexible consumption portfolio to support Dell EMC PowerEdge servers and the new Dell EMC PowerOne autonomous infrastructure system.

“The multi-cloud world is here and will only grow, which means customers need on-demand and consistent infrastructure that yield predictable outcomes across all of their clouds, data centers and edge locations. Dell Technologies On Demand makes it possible for organizations to plan, deploy and manage their entire IT footprint.They can choose how they consume and pay for IT solutions that meet their needs with the freedom and flexibility to evolve as their needs change over time.”

Analyst Take: It was only a matter of time before Dell leaned into the consumption model for on-prem. HPE has made a deep commitment to this space with their Everything as a Service commitment by 2023. Lenovo has followed up with TruScale and slowly but surely we are hearing more and more about legacy IT infrastructure being delivered as a service.

Dell Tech was a bit of a holdout. For a long period of time, the company had some offering through Dell Financial that did operationalize the expense of IT by delivering it in an op-ex capacity, but the offering wasn’t well defined or branded. With the launch of Dell Tech On Demand, that has changed.

The Launch of PowerOne Autonomous Infrastructure

As part of Today’s announcements, Dell Tech has launched an all-DellEMC converged infrastructure system called PowerONE. Most notably, this converged solution has been designed from the ground up to be able to deliver the PowerOne solution in the subscription and metered pricing deal that represents Dell Tech On Demand.

In short, PowerONE uses rack-level Dell PowerEdge MX servers, PowerSwitch and SmartFabric networking, PowerMax storage, PowerProtect secondary storage, and VMware virtualization. Essentially, PowerOne Autonomous Infrastructure is an all-Dell version of the Dell-Cisco VxBlock, which uses Cisco networking and servers.  It also represents the deep integration that can be accomplished between the Dell Tech portfolio and VMware.

At first glance, the stand out differentiator to me is the scope of Dell Tech On Demand. As mentioned above, the PowerOne Autonmous Converged Infrastructure offers a complete foundation for delivering on-prem IT as a service.

Having said that, the company displayed the vast footprint of its offerings for On Demand, and the intention is that it will encompass far more than just the Data Center, but from edge to core, including client, while also addressing the cloud (Hybrid and Multi).

Dell Tech didn’t race to market with its consumption offering, but it has arrived with a compelling offering that takes into consideration the shifting buying behaviors AND the complete suite of capabilities that are required for delivering on-prem solutions as a service.

While I remain bullish on the GreenLake offerings from HPE and more particularly the company’s commitment to delivering IT in a more consumption oriented form factor, it would be nearly impossible to suggest that Dell won’t instantly be highly competitive with its On Demand Offerings.

I also feel positive about the branding that Dell as put around its consumption offerings. Branding, as I mentioned above, was part of what made Dell’s contributions in this space somewhat invisible, and now that the company is clearly articulating what it has to offer, it can build scale and take advantage of its significant global distribution to gain market momentum.

One area I will be watching closely is the back office of Dell Technologies On Demand. I believe the customer interface and user experience are going to be critical for achieving significant adoption. As I’ve long touted, the IaaS experience will serve as the baseline UX expectation. The ability to identify services, shop and provision services On Demand is as important, if not more important than the service quality. This also pertains to analytics that help companies understand consumption both from a use perspective and a cost perspective as well. In preview, Dell seems to have this addressed, but it will take some time to hear how customers feel about Dell Tech On Demand after putting it to use.

I rate the launch as one to watch closely with some legitimate upside. The competition from other OEM’s (HPE, Lenovo, Cisco, IBM) is the most immediate. The hyperscalers will be the long term competitors, even thought right now it seems more like these companies will be collaborators (more on that later).