Building a Smart City from the Ground Up 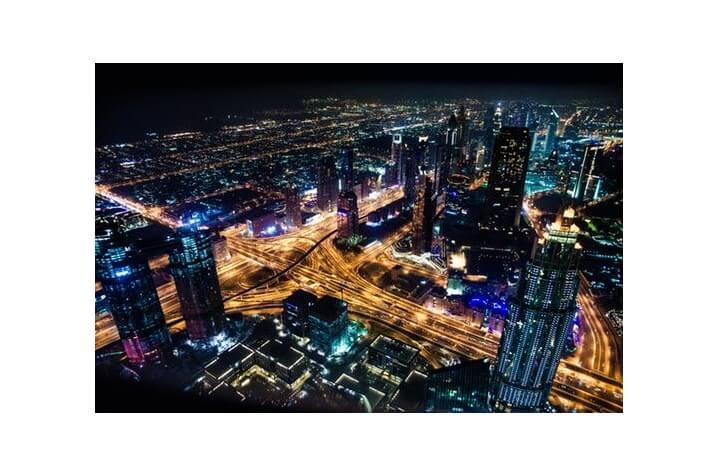 You could say digital transformation has been in a bit of a holding pattern—at least when it comes to building a smart city. Sure, we’ve mastered smart buildings—to the point that most of us can manage our home security, lighting, and temperature simply by tapping our smart phones. But when it comes to moving beyond the building or campus to creating smart communities, towns, and cities—we’ve gotten a bit stuck. Despite a few endeavors, such as the semi-flop that is Songdo, Korea, the promises of “smart” cities have been largely anticlimactic—limited to apps that show you the closest parking spot, the cheapest place to buy gas, or the fastest route home.

Yes, building a smart city sounds great in theory. But it also requires governments to make huge investments in technology and infrastructure—technology that’s likely to change fairly quickly, and infrastructure that’s sure to be quickly outdated. It seems no one wants to be the first to make the investment or serve as the technological guinea pig.

Indeed, there are many questions yet to be answered about building a smart city—things like: How much will it cost? (Hint: a lot.) Will we need to tear down our old infrastructure and create an entirely new one? Is the cost sustainable? How much will it cost to live there? Is it affordable? Will driverless car technology be safe enough to utilize? How will data security be managed? And who’s responsible if data is hacked? Will taxes cover the cost of necessary technological upgrades? You get the picture. When it comes to building a smart city, there are a lot more questions than answers. You can see why smart cities are a Pandora’s box that many cities simply aren’t prepared to open. But Sidewalk Labs has a different kind of plan.

Building a Smart City: Starting from the Ground Up

One of the coolest—err, smartest—things about Sidewalk Lab’s smart city initiative is that they’re essentially building a smart city from the ground up. They’re taking a piece of Toronto’s under-utilized waterfront areas and creating a new, completely plugged in community focused on sustainability and quality of life. In fact, Sidewalk Labs says the design will not be centralized—it will be created and optimized based on the recorded lifestyles of those who live there. Kind of a plug-and-play or download-and-install, but in city form. And for you privacy buffs, yes, that means sensors located all over the neighborhood will record everything from walking routes, shared car use, building occupancy, sewage flow, and temperature choice 24/7 with the goal of creating a place that’s comfortable, convenient, safe, and clean for those who live there. The payoff: when the model is nailed down, it can be replicated in other areas of the country and world.

One of the things I like most about Sidewalk Lab’s approach to building a smart city is that, in their own words, they’re approaching it with a great deal of humility. They aren’t claiming to have the best, most efficient city mapped out—they’re hoping to use data pulled from the city to figure out what the map looks like, and they know it will likely change over time. They recognize that the expense of building a smart city could price out those who are less than wealthy—and they’re working hard to be inclusive in affordability and design. They also seem to realize that privacy is going to be a big issue—perhaps bigger than even the city’s residents may realize. They’ll need to find ways to scrub data, churn data, and keep that personal information safe without compromising the safety or security of the city’s residents. That’s a big responsibility—especially when our definition of “smart” seems to change and grow by the minute. But they seem committed to it.

Is Sidewalk Labs’ endeavor in Toronto the be-all end-all of building a smart city? Only time will tell. But in the meantime, I do believe starting from the ground up—forgetting everything we think we know about city design—is a smart way to start. After all, a city of the future can’t be built on old ideas of good design and bad design. Perhaps it really does take opening Pandora’s box and let technology—or at least the data pulled with it—determine the rest.