Avaya Acquisition Rumors Abound, What’s the Scoop on the Fight to Buy? 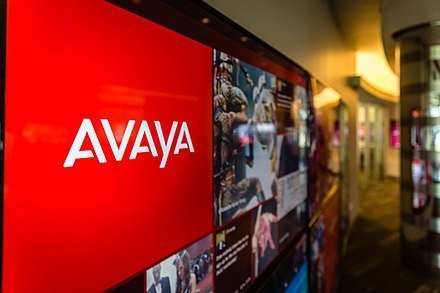 Avaya Acquisition Rumors Abound — What’s The Scoop on the Fight to Buy?

The fight to buy Avaya is, apparently, a thing. Avaya acquisition rumors abound, and it’s yet another Unified Communications (UC) company being pursued—not at all unusual these days. Just a year after emerging from bankruptcy, Avaya has become a darling again, or at least an attractive acquisition.

In March, a report leaked indicating at least two suitors were making unsolicited bids for around $5 billion. In mid-May, it was reported that the company had hired J.P. Morgan to explore “strategic alternatives intended to maximize shareholder value,” according to CEO and President Jim Chirico. It’s not hard to make the leap that with a couple of serious bites in hand, hiring an investment banking firm to help navigate the acquisition waters most effectively only makes sense.

Why The Interest in Avaya?

Why the interest in Avaya? Avaya is one of those companies who seem to have moved from hardware to the cloud seamlessly. Equipment was a part of the company’s foundation, however, over the course of the last five years, Avaya has evolved into a Unified Communications as a Service (UCaaS) solution, as well as a Call Center as a Service (CCaaS) offering.  This makes an Avaya acquisition attractive for two reasons.

First, a company who has created a successful as a service model is attractive to investors and potential suitors because of the long-term revenue potential. When you sell widgets and want to forecast revenue, you are guessing how many you’ll sell next year. That guess will be based on research and data, but it’s a guess nonetheless. Unlike a widget sale, Avaya has subscribers. Those subscribers provide recurring revenue, so that potential purchasers will know what to expect. Less guesswork means more attractive as a potential acquisition target.

The other reason an Avaya acquisition is attractive is due to the company’s demonstrated ability to be innovative. Successfully moving from hardware to the cloud is no small task, as evidenced by the bone pile of history. The Avaya team has created a transition plan involving Artificial Intelligence (AI) with their A.I. Connect, cloud providers like Google, and leveraging their hardware background.

Who Should Make the Avaya Acquisition?

Who should make the Avaya acquisition? Only a year removed from bankruptcy, the company missed revenue forecasts in the first quarter of 2019, and is holding onto about $2 billion in debt. The rumored bid offer was for $5 billion which included the debt. Who has the need, and the pockets, to buy Avaya?

Google? Google and Avaya already have a working partnership. Google provides the foundation for the UCaaS and CCaaS platforms. The purchase would give Google another entry into UC and could add to Google G-Suite.

Microsoft? Microsoft does not currently have a CCaaS offering. Adding Avaya with Redmond’s other UC portfolio offerings would be an excellent offering for enterprise customers. If you could have UCaaS, CCaaS, CRM, Teams, and the other aspects of 365, that would be a compelling package.

Zoom? Zoom has just gone through an IPO, leaving them with some working capital. Zoom is looking to expand its product offerings, and combining with Avaya would be one way to do so. Though the rumored $5 billion price tag would be more than Zoom currently has on hand, they would be able to leverage to make the deal.

Mitel? Mitel is one of those rumored to be going after Avaya. A legacy player in the enterprise comms world, Mitel has been on a mission to transform itself as a cloud-based SaaS company. Just two years ago, Mitel acquired ShoreTel, which gave them a significant position in the UCaaS sector. Mitel was acquired in early 2018 by London-based Searchlight Capital Partners for $2 billion. An Avaya acquisition would provide Mitel hardware expertise, while also adding to its cloud solutions knowledge base.

Avaya is in an excellent position to sell. A year after bankruptcy, the company has not yet fully recovered. The first quarter of 2019 showed some softening, losing $37 million year over year.

That said, an Avaya acquisition makes good sense for potential buyers. Avaya still has 3.7 million seats/subscribers on their platform and is furthering their growth into UCaaS. Avaya is a company with a deep history in hardware UC and has proven the ability to innovate in cloud-based communications. The company’s bankruptcy was as much about management and advancement as it was about sales. The company that buys Avaya will find an excellent addition.

Enterprise Connect 2019: Wrapping It Up

The Advantages of Unified Communications as a Service