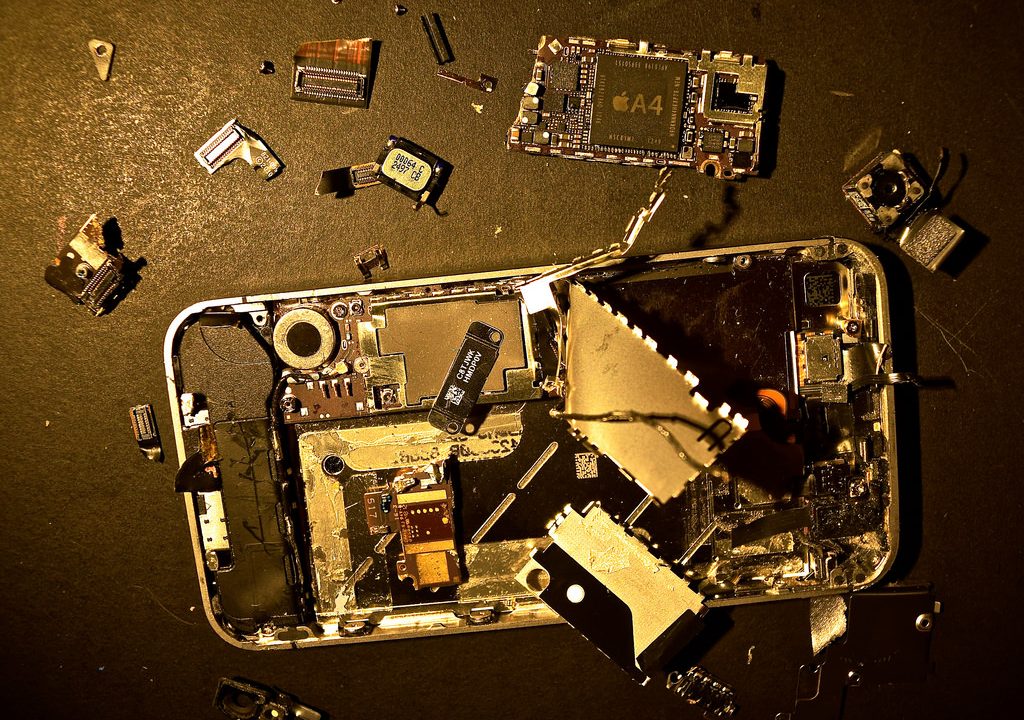 This article was written in Collaboration with Senior Analyst, Olivier Blanchard.

Yesterday, the Wall Street Journal broke a story about the possibility that future iPhones, presumably released in late 2018, would no longer use Qualcomm modems, and instead source them from Intel, and possibly even MediaTek. This story, while seemingly benign to the average reader, could mean a pretty big shakeup in the mobile industry, if only for the substantial implications this decision would have regarding the quality of future Apple products.

One of the many feathers in Qualcomm’s hat is that it has long been known as the leader in modem technology for high-end smart devices. That continues to be true to this day. Apple deciding to replace Qualcomm with an Intel or a MediaTek seems like a step in the wrong direction if the smartphone giant is serious about remaining competitive in a fast-moving market it has already struggled to keep up with in recent years. This isn’t to say Intel or MediaTek aren’t great companies. In fact, I highly admire Intel and their inventions. However, they are new to this space and have to catch up with Qualcomm, who have been leading the mobile space for a long time. Behind-closed-doors rumblings from fellow analysts in the space suggest that this decision, should it prove to be more than just a poorly timed bluff, would be, at best, a poor substitute, and, at worst, a tremendous (and unnecessary) risk for Apple. This isn’t to say that the modems made by other players in the silicon space are bad. They’re fine. It’s just that when you’re Apple, “fine” may not be enough. Case in point: This decision would immediately create two major hurdles for not only Apple but its new suppliers:

With this in mind, I want to dig a little further into this story to focus on the technological implications of that decision, assuming Apple is serious, and its business implications.

From a technology standpoint, one could argue that Apple appears to have spent the last few years trying to slow down the pace of innovation in the mobile industry. This may seem counterintuitive, especially given that Apple’s messaging implies the exact opposite, but looking into Apple’s choices when it comes to what goes (and doesn’t go) into its iPhones, you start to see a pattern emerge. A good rule of thumb here is to turn the volume down on what companies say, and instead watch what companies do. One clear example of this apparent throttling down of smartphone innovation can be observed in the new iPhone X, Apple’s $1,000.00-plus flagship model: It was released without Gigabit LTE capability. Why? This is a widely available technology. It has found its way into the flagship models of all of Apple’s competitors. It delivers greater speeds to those devices. So why would Apple take a pass on implementing this technology? One theory is that, since Apple depends on other companies for its modems, doing so gave Apple the ability to source modems from multiple providers and play them against each other. A sound business tactic in the abstract, except for one problem: When it comes to smartphone modems, we are still a long way from any semblance of equivalence between Qualcomm and other players in that space. Even if you aren’t plugged into the smartphone and silicon industries, it isn’t difficult to find documentation showing that Qualcomm-equipped iPhones are superior in performance to those outfitted with modems from other companies. This was seen evidently on the iPhone 7 and 7+ where experts pointed out the disparity, and being a T-Mobile user with the non-Qualcomm modem, I’ve seen real life cases where I’m suffering issues with speed and connectivity standing side by side with those using a comparable Qualcomm equipped smart devices.

Apple’s math appears simple enough: Assuming greater control over its supply chain is more important than keeping up with the pace of smartphone innovation, let alone helping accelerate it. It isn’t difficult to pinpoint when this shift from Jobs-driven innovation to Cook-driven supply chain optimization began. A consequence of that shift is that as mobile technology moves further toward 5G in the next 12-24 months, Apple runs a very real risk of falling even further behind than it already has. And by “behind,” I mean as far behind as 1-2 generations of modems and connectivity capabilities compared to Samsung, Google, HTC, and Huawei. If Apple is serious about moving forward without Qualcomm, will the iPhone 11 even offer Gigabit? Will the iPhone 12 even offer 5G? These are real, concrete questions. With the growth of video, AR, and even connectivity to the IoT in the mobile space, attempting to simulate equal performance with an inferior modem isn’t likely to cut it for users. It also poses a major problem for carriers: With its slower modems, Apple threatens to put a lot more strain on carriers and their networks than anyone is likely to be comfortable with, including app developers whose products’ performance may lag as a result of Apple’s reluctance to keep up with modern connectivity standards.

From a business standpoint, it is easy to see this as an offensive tactical move by Apple, given its ongoing legal dispute with Qualcomm. Apple hinting at the possibility that it will move away from Qualcomm could potentially harm Qualcomm’s stock price and weaken investor confidence, especially mere days from Qualcomm’s November earnings call. Maybe the calculus in Cupertino is to apply as much pressure as possible on Qualcomm, and force it to agree to Apple’s demands, but I think this move seems as desperate as it is likely to backfire.  Let me explain why:

While Apple’s announcement that it may part ways with Qualcomm may fly over the heads of the average consumer, it is far from inconsequential. Quite the contrary. If Apple is serious about this, it could be catastrophic for the future of the iPhone. It could blow a hole in 2019 iPhone sales, and negatively impact iOS’ market share in the long run. It seems that whatever Apple was trying to do when its dispute with Qualcomm began has soured into a runaway train of increasingly bad decisions whose ultimate victim will be Apple, not Qualcomm.

This isn’t to say that Apple shouldn’t look into ways of spreading the load between its component suppliers, or that it shouldn’t build efficiencies into its supply chain. Not at all. Apple should do that (Of course making sure their suppliers can meet the demand – which is by no means an easy task). But it seems that we are way past that now. And if the need to squeeze its supply chain comes at the cost of delivering an inferior product to the market, antagonizing smartphone users and carriers, and ultimately hurting its own brand, Apple may need to pause, take inventory of its priorities, and consider whether the path it is currently on is even viable.  Especially if it plans to continue touting the iPhone as a best of breed product. That ship hasn’t sailed yet, but unless Apple makes a major course correction in the next few months, it may well completely miss the boat come this time next year. What happens after that is anyone’s guess.