Making Sense of the Apple, Oops I Mean FTC Case Against Qualcomm 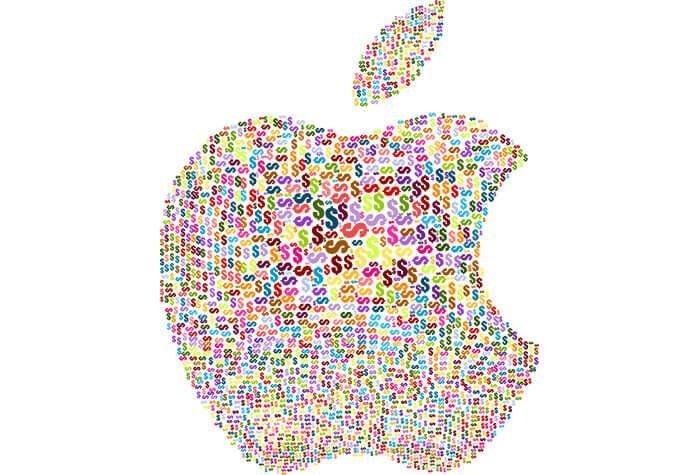 Let me begin by reaffirming that I have the utmost respect for our system of checks and balances, and for the authoritative bodies that regulate our many industries. With technology moving at breakneck speeds, we need vigilant, capable, empowered watchmen at the helm to keep enterprises honest and make sure they play by the rules. This is especially true when some of those companies have the power to abuse their size and technological capabilities to gain an unfair market advantage. Over the past several months, we have seen technology giants like Google and Facebook be called to DC to provide testimony relating to potential technology abuses that, in some cases may have impacted the outcome of elections, and in others, may have been reckless or negligent with people’s privacy and personal data. These issues are often as consequential as they are complex, and therefore necessitate the highest degree of scrutiny from our country’s highest seats of vigilance. Unfortunately, however, some of those bodies go astray.

Case in point: A deceptively important legal battle that may ultimately decide the future of open innovation in the tech sector is being fought this month under the watchful eye of Judge Lucy Koh, in United States District Court (Northern District of California, San Jose). In the case, the Federal Trade Commission (FTC) is contesting Qualcomm’s longstanding technology licensing practices and alleging that they are anticompetitive. (A follow-up to this article will explain why, in our view, they are not.) Aside from the FTC’s case slew of questionable assertions, the aspect of this case I find most troublesome is that, at first glance, its underpinnings seem driven not by a legitimate concern about Qualcomm’s licensing practices being “harmful” to competition (there is no evidence that they are) but rather about siding with Apple in its contentious dispute with Qualcomm.

While other companies have also been drawn into the case, some media coverage has inexplicably zeroed in not on Qualcomm or the FTC, or the details of the case itself, but on Apple. Specifically, on Apple’s sob story of being allegedly bullied and somehow extorted by a company 1/10th its size, among other dubious claims. As it turns out, the alleged “extortion” isn’t extortion at all. What Apple is crying foul about adds up to only about $7.50 per phone for access to a vast patent portfolio – a portfolio that includes Qualcomm’s standard essential patents, which contribute to the cellular standards for everything from 3G on up to 5G – without which smartphones would be pretty much useless.

Apple complaints aside, the case is complex and rich enough to warrant hours of discussion, but for the sake of expediency, I only want to review three (paraphrased) statements from Apple that caught my eye today. If the depressing lack of innovation over the past decade wasn’t enough fuel for my growing disdain for Apple, Apple’s arguments about this case certainly will. Fair warning: if you are a hardcore Apple fan, you may not want to read on, as my opinions will most certainly not appeal to your world views.

This brings me back to a bigger question: Why is this even a case? How does the 800 LB gorilla that is Apple convince the Federal Trade Commission that they are somehow being victimized by a company a fraction of their size? Could it be that Apple is simply irate because for the first time in what feels like forever, they couldn’t squeeze a technology supplier? Perhaps instead of trying to get out of paying $15.00 per device to access critical technologies that power it, Apple could focus instead on building something new and exciting that people can get excited about again.

As things stand, Apple seems to be getting innovation advice from Gillette these days, only Apple is reportedly starting to stack cameras instead of blades. What’s next? Four cameras? Five? What happened to the Apple that used to innovate and inspire? For that matter, what happened to the Apple that used to take responsibility for its successes and failures? What happened to the Apple that used to source the best possible components and technologies for its products? What happened to that Apple? (Apologies to Gillette. Shaving has truly been better since the introduction of the Fusion razor.) The Apple that seems to be guiding the FTC’s hand in this case is a very different Apple from the one whose products once redefined the mobile industry. The company that Steve Jobs built, a company that welcomed competition and understood its value – would have never weaponized an industry watchdog to pressure one of its technology partners to lower its prices. That Apple would have never pretended to be a victim in an equation in which, from my perspective, it is clearly the aggressor.

Daniel Newman is the principal analyst at Futurum Research. Follow him on Twitter @danielnewmanUV. Futurum Research, like all research and analyst firms, provides or has provided research, analysis, advising, and/or consulting to many high-tech companies in the tech and digital industries. The firm doesn’t hold any equity positions with any companies cited.