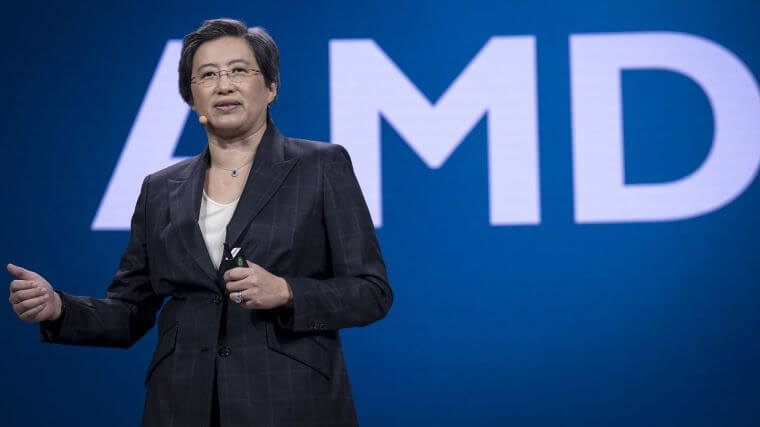 NVIDIA’s Opportunity with Arm Holdings is Clear. At AMD, There are More Open Questions if it buys Xilinx.

NVIDIA’s announcement a month ago of a plan to acquire Arm Holdings for $40 billion was followed last week by reports of another towering deal in semiconductors: Advanced Micro Device’s prospective purchase of Xilinx for about $30 billion.

The move by AMD, unconfirmed by the company, would come at an interesting moment. AMD AMD, -3.21% has seen strong momentum in its PC business over the past two years, making material gains on its largest competitor, Intel INTC, +0.46%. At the same time, AMD has slowly but surely made progress in the datacenter with smaller, albeit consequential, gains in market share.

The semiconductor industry is also at an inflection point.

While I believe Intel’s demise is wildly overstated, the company has suffered a series of execution problems that has opened the door for competitors including AMD, NVIDIA NVDA, -6.39% and Qualcomm QCOM, -1.65% to make gains in Intel’s sandbox.

Furthermore, the Arm acquisition by NVIDIA changes the landscape of licensing chip intellectual property (IP) that could turn more original equipment manufacturers (OEMs) and cloud providers into chipmakers themselves. As a result, NVIDIA would get a clear opportunity to compete more in central processing units (CPUs) rather than the graphics processing unit (GPU) space, where it has primarily focused.

In short, it’s clear that the NVIDIA acquisition of Arm has a significant impact on the semiconductor industry. However, would an AMD acquisition of Xilinx provide a similar acceleration, leading to big growth?

A Xilinx acquisition for AMD would add significant revenue — about $3 billion a year, based on the trailing four quarters. It also would give the company a stronger data-center story, as it currently does not offer what Xilinx primarily focuses on: the high-end field-programmable gate array (FPGA).

Xilinx is undoubtedly Intel’s biggest competitor in that space. Without a litany of technical jargon, these programmable chips are critical for certain applications such as automotive and data-center chips. This capability also makes AMD more able to develop and modify next-generation chips on the fly to build general-purpose CPUs and GPUs as well as application specific integrated circuits (ASICs), which have quickly become an important growth area for a multitude of workloads with a particular focus, such as recommendation engines for e-commerce or conversational artificial intelligence (AI) for chatbots.

I also believe AMD sees this as an opportune time to take market share from Intel. With its stock price growth — almost a tripling in one year — it would be a beneficial time to use its market cap to acquire new revenue and capabilities.

The questions somewhat offset this partnership’s potential and revenue that this deal raises.

First, the FPGA has an important role in the data center, and Xilinx is one of the biggest players in this space. However, as I mentioned, there is tremendous momentum in demand for ASICs.

Meanwhile, Xilinx’s revenue fell 14% in its fiscal first quarter. Xilinx and AMD would not have an in-house vehicle to take FPGA cores at scale and deliver ASICs the way Intel can. Through its acquisition of Altera and eASIC, Intel can deliver the full lifecycle of FPGA to ASICs.

With Xilinx missing this capability, AMD would likely wind up seeing the business shift to Marvell MRVL, -6.47% to meet market demand.

It is also important to note that AMD’s impressive growth hasn’t been through acquisitions in the past few years. In fact, the company hasn’t made an acquisition of note since Lisa Su became CEO in 2014. The last big acquisition the company made more than a decade ago was ATI, and the consensus was the company greatly overpaid for ATI and the integration was fraught with issues costing its GPU leadership in the process.

I believe Su is a wildcard here, as she’s changed the face of the company and the execution, but there is little track record of successful acquisitions by AMD in recent memory. With all of this in mind, at $30 billion, it becomes a must-ask question if that price tag is too high, especially compared with the vast growth opportunities that NVIDIA will realize in its $40 billion acquisition of Arm.

An acquisition of Xilinx by AMD would be another indicator of a hot semiconductor industry. The race is tightening, and as AMD, Intel, Qualcomm, NVIDIA, Marvell, and others push for growth, the market benefits from the innovation that’s created. However, I do not believe any deal would provide as significant an impact on the future of AMD as the Arm acquisition will have on NVIDIA.