All eyes on Taiwan: The two biggest tech news items you probably hadn’t heard about this week 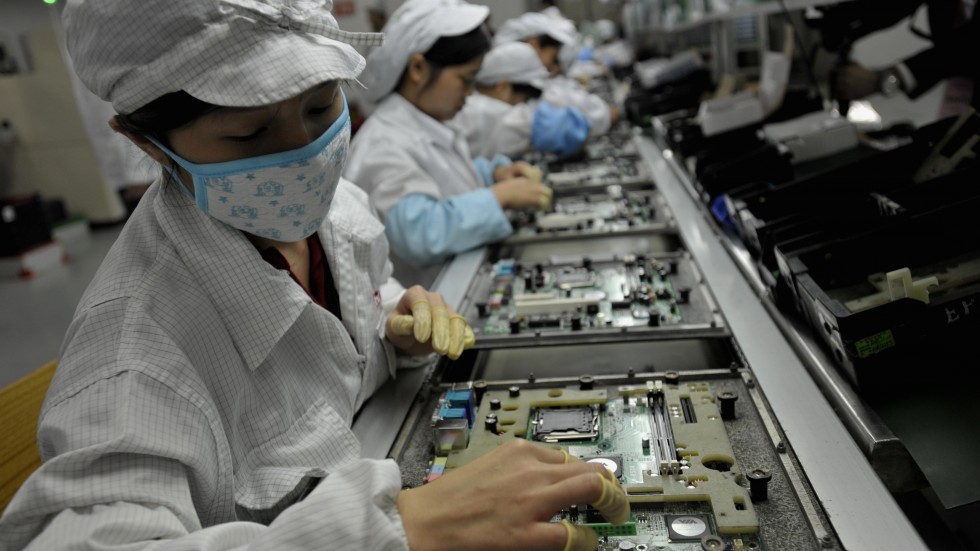 As we wrap up another interesting week in tech, I want to quickly draw your attention to two important (or at least interesting) news items from Taiwan this week that could have a measurable impact on the global technology ecosystem.

Item 1: Viruses, chip-makers, and a fresh new Butterfly Effect for our times.

“So what?” you may ask. Well, since TSMC supplies chips to Apple, among other device makers, production delays from TSMC mean likely shipment delays for their customers, among them Apple. And in a complex global supply chain ecosystem like the one we live in today, a computer virus that affects a chip manufacturer in Taiwan could derail Apple’s next iPhone launch across the world. (The company currently manufactures Apple’s A11 chips (used in the iPhone X) and is reportedly producing the A12 chip expected to power the next iPhone.

How did this happen? According to The News Minute: “A variant of WannaCry ransomware hobbled computer systems at TSMC after a supplier installed software without a virus scan to the company’s computer network. The virus caused machines to crash and continually reboot.”

What impact can we expect this virus to have? TSMC suggests that the virus outbreak will probably delay chip shipments through the end of September. The company expects to have resolved the problem by the end of the year. One of the problems currently is that TSMC has been forced to shut down every fabrication tool and automated handling systems infected by the virus. Most of that hardware is expected to be back online this week, but the ripple effect of the outbreak could be felt for months.

Item 2: Regulators, technology companies, and striking the right balance between carrot and stick.

Background: About a year ago, Taiwan’s Fair Trade Commission (generally known in the US as the TFTC) slapped US technology giant Qualcomm with a roughly $778 million dollars fine for allegedly refusing to sell chips to mobile handset makers that wouldn’t agree to its patent-licensing terms. Qualcomm, having of course appealed the decision, had nonetheless, as of this past week, already made $93 million in payments. Normally, cases like this drag on for years. Sometimes, both parties come to an agreement to amend the terms of the fine or judgment. Sometimes, the initial judgment is reversed by a court. Sometimes, appeals fail and the judgment (and fine) hold.

This week, however, after less than one year since the fine was imposed, the TFTC and Qualcomm came to a mutual understanding: Rather than pay the remainder of the $700 million fine, Qualcomm would instead commit to investing $700 million in Taiwan’s mobile technology ecosystem over the course of the next 5 years. This would include building a new manufacturing and operations engineering center, driving market expansion initiatives, partnering with Taiwan universities, and helping startups develop 5G-related technologies. Qualcomm and the TFTC apparently shook on it this week.

In addition, per CNBC, “Qualcomm will be required to offer patent licenses to rival chip-makers such as Intel and MediaTek on fair terms before seeking to enforce its patent rights against them in court.” (Something Qualcomm appears to have already been doing.)

One detail in the settlement that may be easy to miss is that the TFTC has agreed to allow Qualcomm to continue charging royalties based on the selling price of the devices their technologies go into. (An aspect of Qualcomm’s licensing model that Apple and several other technology companies hoping to pay far less than they do for access to innovation they didn’t develop themselves, have been loudly critical of.) In my view, the TFTC’s decision to preserve Qualcomm’s licensing model should be seen as an affirmation of the model’s validity and importance to a healthy, open, R&D-driven technology ecosystem.

Rationale: IP licensing funds IP research and development. Weaken R&D companies’ ability to monetize their IP through fair, market-based licensing models, and you risk starving them of the revenue they need to develop the next generation of innovations the world has come to depend on. Therefore, I interpret the TFTC’s decision to give a thumbs-up to Qualcomm’s licensing model as a very good sign of things to come, a validation of the argument I just outlined, and a rebuke of efforts made by renegade technology licensees who would prefer to pay as little as possible for the right to use other companies’ IP.

It should be noted that Qualcomm deliberately keeps royalty prices low by setting a cap on their licensees’ devices pricing: Royalties range from 2.275% to 5% of the total price of a device (depending on the licensing portfolio you choose), but the price cap on that device is, as I understand it, set at $400. This means that for handset makers whose flagship smartphones retail for $900, the royalty rate is the same as if that device sold for $400. (Any device costing more than $400 will be treated as if it cost $400.) That important detail often gets lost in the shuffle, so next time this topic comes up, remember the $400 price cap.

From where I sit, the TFTC’s decision to shift from a punitive stance (a fine) to a partnership in this instance is clever. On the one hand, Taiwan will enjoy the full benefit of a 5-year $700 million commitment from Qualcomm to build up its mobile (and presumably 5G) ecosystem. On the other, Qualcomm gets to walk out of the penalty box, its business model intact, and gets to spend the next 5 years showing off what it can do with a proactive government partnership eager to build a 21st century mobile infrastructure. Everyone wins. If only this could become an alternative model to the far less productive habit of just fining companies enormous sums of money but getting very little else out of them. With any luck, China, Korea and the EU will be inspired by the TFTC’s approach, and we will start seeing more of this.

That’s all the tech news from Taiwan you probably need to know this week.