Where AI and Automation are Taking Us 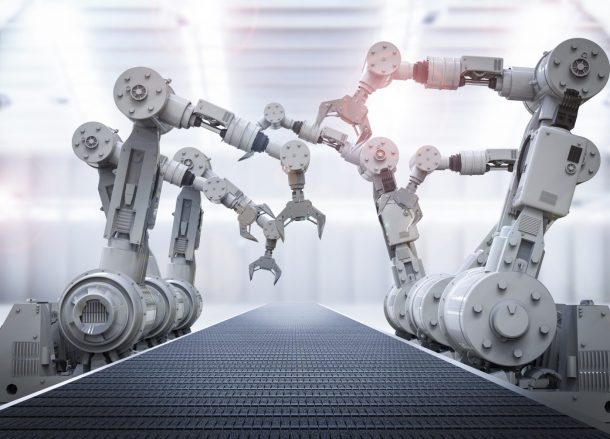 The impact of artificial intelligence (AI) and automation on our job market and economy have been debated loudly for the last few years. Elon Musk, the genius founder of Tesla and SpaceX, recently stated governments will soon need to start paying a universal basic income (UBI) to compensate for the fact that technology will make most human jobs irrelevant. Other leading authorities may disagree. An Accenture study found that AI will actually create entirely new categories of human jobs, and McKinsey estimates that less than 5 percent of jobs are candidates for full automation. So, what’s the real deal when it comes to AI and automation?

Data has shown that artificial intelligence is indeed changing several industries, and that society itself is lukewarm about the implications. Some 80 percent of U.S. workers are worried AI could increase unemployment, and nearly 40 percent indicate they are either “afraid” or “very afraid” of automation. Regardless of the trepidation, AI and automation seem to be moving full-speed ahead, and real progress has been achieved in making the technology smarter and more proactive than ever before. The following are some data-backed predictions for this year and beyond to help make sense of what some may fear is an AI and automation pandemic.

The new digital era is first and foremost a time focused on customer experience. New technologies like AI and automation are making it even easier than ever before for companies to connect personally with their clients, and to personalize those connections. Ironically, customer service is an industry that stands to be most impacted by AI and automation. More than 85% of customer interactions are expected to be handled by AI within the next three years. As chat bots increase their ability to connect emotionally with customers—and as Millennials continue to prefer DIY customer service over telephone and in-store service—robots and automation will likely continue to overtake the industry. And we, as humans, will get more comfortable getting “personal” with non-humans.

Automation Will Take Jobs—At Least Parts of Them

One of the most important things we can do as humans is learn from the past. If we look at recent job losses in manufacturing, we can see that 88 percent of those losses can be attributed to productivity growth like information technology. Clearly, AI and automation have the capacity to take on human workload, and that capacity will increase as self-learning technologies improve. Studies show nearly 40 percent of U.S. jobs will be at risk of automation by the early 2030s. But it would seem, as Erick Brynjolfsson of the MIT Initiative on the Digital Economy has said, that our modern challenge is not a world without work, but a world of rapidly changing work—one where some parts of many jobs will be taken over by automation, and entirely new jobs, never imagined, are created. At the very least, humans will still be needed to error check AI and automated work and prep information for machine learning—things that simply can’t be handed over to robots—at least not yet.

As the Internet of Things continues to grow, so will smart homes and buildings, especially with the development of systems like Amazon Echo, which are helping to coordinate what were previously a confusing set of platforms and protocols that did not work well together. The Echo’s Smart Home Skill API has become a central point for many smart home devices to work more seamlessly. That development will pave the way for even more developments to materialize, allowing our phones and other devices to run our homes, save energy, and increase comfort, no matter where in the world we may be.

So, was Elon Musk, right? Will we need to create a UBI to account for the fact that humans have no work and no way to make an adequate living soon? I’d say it’s just too early to tell. In the near-term—perhaps five to 10 years—we will unquestionably see an increase in agility and efficiency for businesses across many industries as they begin to utilize AI and automation more fully. The wild card will be what is created with that increased time, speed, and headspace. Will we work creatively to find even greater uses for AI that require human contact—or will we throw up our hands and let the technology pass us by? That will depend—at least for now—on humans themselves.